To view the CAS Community pages, you will need to confirm you accept our Terms and Conditions. If you do not accept them please click Back in your browser.

To participate in Cloudspotter Groups and to view other Cloud Appreciation Society members, you will need to complete your own Community Profile by uploading profile and header images and confirming details about yourself. 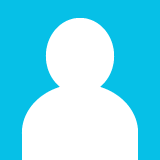