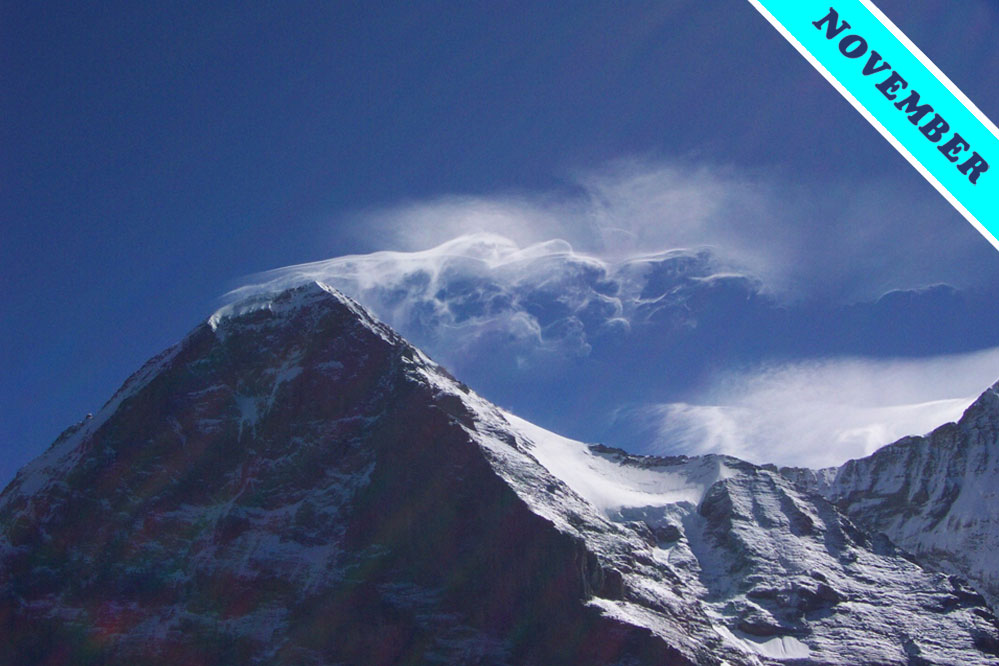 Flying the Flag for Clouds

‘Orographic clouds’ are ones that form when wind has to rise to pass over mountains. As it does so, it can sometimes cool enough for its moisture to condense into droplets that appear as cloud. Orographic clouds are called ‘lenticular’ when they hover some distance from the peak and look like flying saucers. They are called ‘cap clouds’ when they sit right over the mountain. But the orographic cloud shown above, trailing elegantly from the North Face of the Eiger in Switzerland, is known as a ‘banner cloud’.

Banner clouds tend to have a more even appearance, but this one consists of fluttering ribbons with gaps in between. It is an effect you see sometimes when the wind is stiff and the mountain peak is pronounced, which results in a lot of turbulence in the airstream.

The mighty mountain and the ephemeral cloud could hardly have less in common with each other. And yet they are always faithful companions – ones who proclaim their friendship by unfurling this glorious banner to the world.

Banner cloud spotted over the North Face of the Eiger in Switzerland by Bob Peterson (Member 12,047).