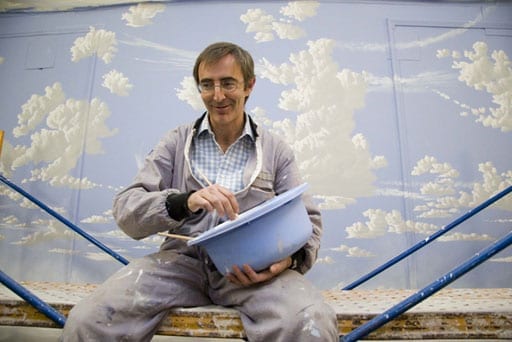 Jorge Fin, Member 0027, began painting clouds just as a way to relax. In the eighties, he used to be an economist working in the Madrid branch of Natwest Bank, until he realized that he had to escape. “I wanted to change my awful life,” he told us, “and try to make a living painting.”

So he quit his job and began making exhibitions. But his paintings were initially nothing to do with clouds: “My first exhibitions were very urban and modern. I only started painting clouds as a way of relaxing between the gallery work.” He did his cloud sketches for himself, to be hung at home. But over time, the clouds became more and more dominant in his work.

“When I left the bank, my father was very worried about me. ‘How the hell do you think you’ll make a living? Nobody can live on air alone!'” This, Jorge explained to us, is a Spanish expression. ‘Vivir del aire’ means to make a living out of air, out of nothing. “It is funny, but that’s exactly what I have done over the years.”

Since 2006, Jorge has had the opportunity to paint cloud murals on all kind of surfaces. These range from huge wood panels that cover 55 square metres of a building facade in Los Llanos de Aridane, La Palma island, to 70-square-metre wall paintings over the stairs of a palatial house in Murcia, and ceramic wall painting for a petrol station in Torre Pacheco, Murcia. You can visit all of them on his web site www.jorgefin.com.

Jorge no longer lives in Madrid. He found a place to slow down and enjoy painting and watching the sky from under the palms trees of Murcia. “The clouds caught me,” he says. “I found, within them, a way to poetry that is perfect for what I want to express.” 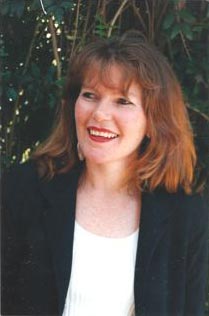 Patti Miller, Member 11465, emailed us with the startling news that The Cloud Appreciation Society is not the first society to have been formed purely for the celebration and enjoyment of clouds. During the 1960s in Australia there existed an organisation, founded by Patti herself, called the Cloud Club.

Just like the C.A.S., the 1960s Cloud Club had a manifesto. This was simply “to observe the beauty of the clouds”. It also held weekly meetings in its club house, located in the central western region of New South Wales. According to Patti, this was a “sandy clearing in a wheat paddock, decorated with flowers, interesting stones and broken pieces of china”.

How come the Cloud Club had never come to our attention at The Cloud Appreciation Society? It had never become famous, explained Patti, for three reasons: the internet had yet to be invented as a means of bringing like-minded people together; there was a long drought at the time in that region of Australia making clouds somewhat of a rarity; Patti was 11 years old and the only other member was her little sister. At each meeting of the Cloud Club there was just one point on the agenda. The two of them would lie back, look up and discuss what they saw in the clouds. 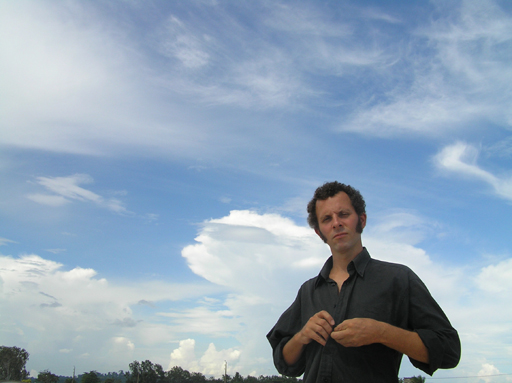 Dr Richard Parnell (member 7750) comes from Sussex, England, where as a youth he was variously employed as a shepherd and tree surgeon before finding work as a gorilla tracker in Gabon and Congo, Central Africa. After 13 years of study, he shifted his attentions to the marine realm and now directs a project for the Wildlife Conservation Society in Mayumba National Marine Park in Gabon (mayumbanationalpark.com), working on humpback whales, dolphins, and sea turtles, while attempting to chase off illegal trawlers.

Richard has had the great fortune to have discovered one of the few professions in which it is possible to watch clouds and get paid for it, “In Congo, I spent three years watching a swampy rainforest clearing from a tree-platform,” he tells us. “In the down-time between visits from gorilla groups, I had the luxury of lying on my back and contemplating the heavens while still officially ‘at work’”.

Richard is the only person we know to have included in a published academic paper the startled reaction of a wild gorilla to a particularly dramatic cloud formation. For this, he should be applauded. He is 42 and lives with Aimee, one cat and three small dogs. 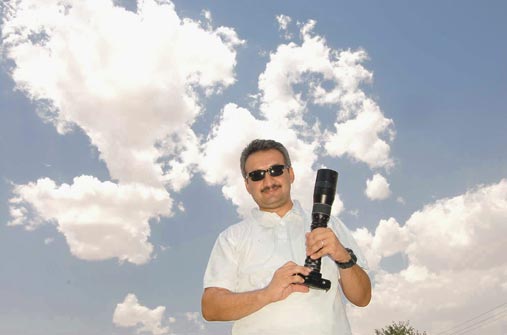 Azhy Chato Hasan is Cloud Appreciation Society Member 1687. He was our first member in Iraq and he lives in Arbil City, in the northern region of Kurdistan. Azhy joined the society in January 2006 but his certificate did not arrive until the end of July. This was not because we were behind on our mailouts, but because he had to wait for the package to be brought over from the UK by a friend of a friend.

Azhy is head of the Amateur Astronomer’s Association of Kurdistan, of which he has made society founder Gavin Pretor-Pinney an honorary member. We are pleased that he is a member of The Cloud Appreciation Society since we fear that most astronomers hate the clouds. 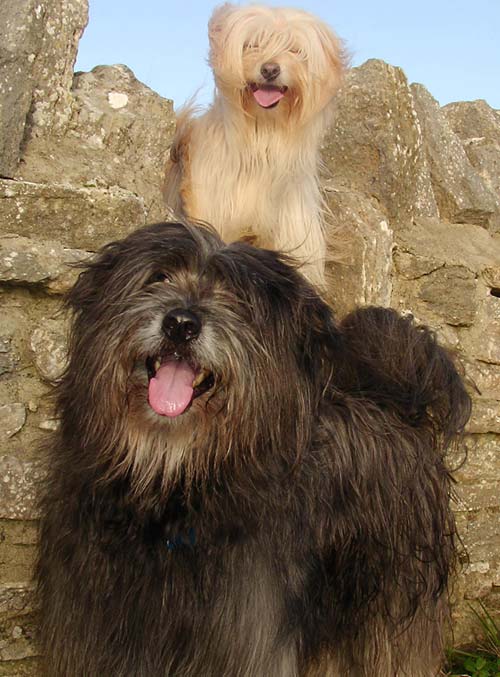 Dibba, shown here in the foreground in front of his friend Ted, is Cloud Appreciation Society Member 4599. He is a Pyrrenean Sheepdog, and currently our only non-human member. Dibba lives in London, UK, and was enrolled by his owner, Nick Collis Bird, Member 3746, who tells us that he spends most early mornings and evenings out on the fire escape looking upwards. We are told that Ted wants to join too, and is saving up for the membership fee.