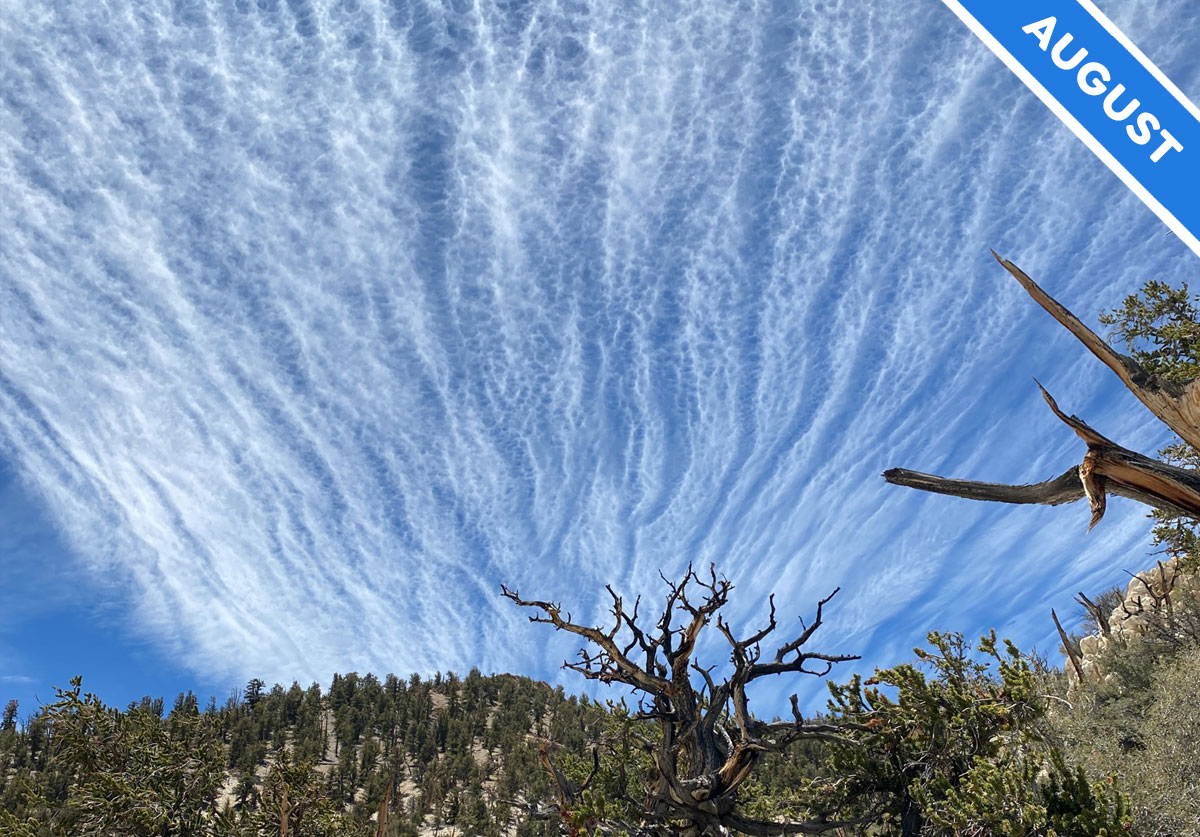 They say the sky is an ocean of air. It is a good way to think of our atmosphere. Even though it is made up of gasses rather than the saltwater that we normally call oceans, our atmosphere is ocean-like in many ways. It flows with ever-shifting currents. It increases in pressure as you dive down through it, with the highest pressure being at its deepest depths – where we live on the sky-ocean bed. It rises and dips in waves, which are mostly invisible but sometimes revealed by wave clouds like undulatus and fluctus. And occasionally, just occasionally, it forms clouds that look like froth on the surface of ocean breakers.

This cloud variety is known as lacunosus, after the Latin word for ‘full of holes’. To be this type, the cloud needs to have a pattern of holes spread over a layer. It is sometimes likened to the regular lattice found in honeycombs, but this Cirrocumulus example of lacunosus spotted by app user ‘janrph’ over the Inyo National Forest in the Sierra Nevada of California, US, is more like the bubbling foam that appears on the wash of waves drawing back at the ocean shore.

Lacunosus clouds form when pockets of air sink down through the layer clearing the cloud away, with warmer air rising up in between them forming the fringes of cloud. This pattern of rising and dipping likely develops when a cloud like this Cirrocumulus develops under a slight temperature inversion, in which air temperature warms slightly with increasing altitude, rather than the usual pattern of cooling with altitude. An inversion can act as an invisible lid on the growth of clouds, and so the rising air currents within the Cirrocumulus are forced to sink back down producing holes.

It is rare to see lacunosus that has also been swept by the high winds into long rivulets like these have. Perhaps they have been influenced by the flowing elevated air currents of the jet stream. Perhaps they are just to remind us that we’re looking up through an ocean whenever we spot clouds.