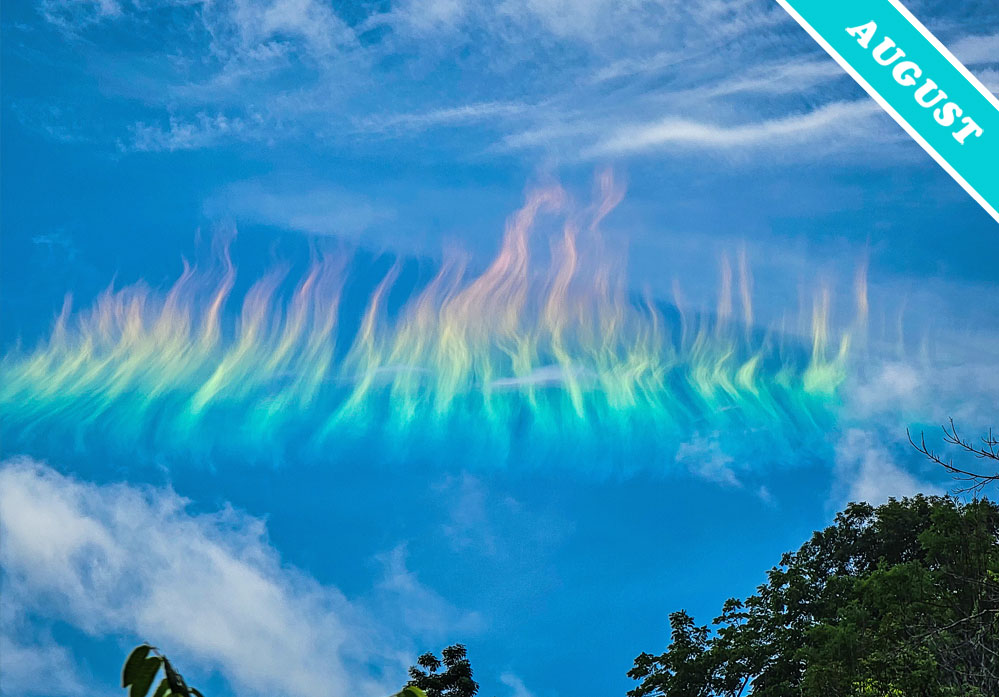 The circumhorizon arc is an optical effect caused by the sunlight shining through the ice crystals of high clouds. It is one of the many rings, arcs and points of light known as ‘halo phenomena’, which can appear when ice crystals in a high cloud take the form of regular hexagonal plates or columns that reflect and refract the sunlight like tiny prisms.

The circumhorizon arc appears as a broad, flat line of bright colours, parallel to the horizon and positioned well below the Sun. It is sometimes misleadingly referred to as a ‘fire rainbow’ even though it has nothing to do either with fire or with rain. This optical effect appears when sunlight passes in through side faces of tiny hexagonal-plate ice crystals and comes out from their bases. Since the crystals are horizontally aligned because they are falling like autumn leaves, the Sun needs to be is high in the sky for the effect to appear. To be precise, it needs to be at an angle above horizontal that is greater than 58 degrees. O