An Update on the Asperatus Cloud 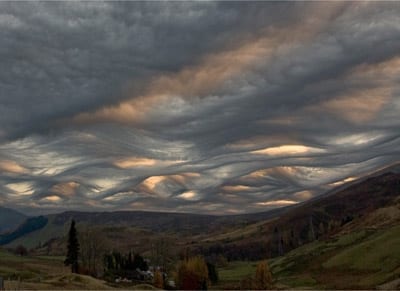 July 20, 2011 In Attention All Cloudspotters

An Update on the Asperatus Cloud

Members and visitors might remember that a couple of years ago we proposed that a new classification of cloud should be added to the official classification system. Photographs of this cloud formation had been sent in by Society members over the years, and we’d never known quite how to classify them since we felt that they didn’t easily fit into the existing cloud terms.

The cloud looks a little like the surface of the sea on a choppy day, which is why we proposed that it should be called asperatus from the Latin verb ‘aspero’, meaning to make rough. The term was used by Roman poets to describe the sea as it was roughened by the cold north wind. 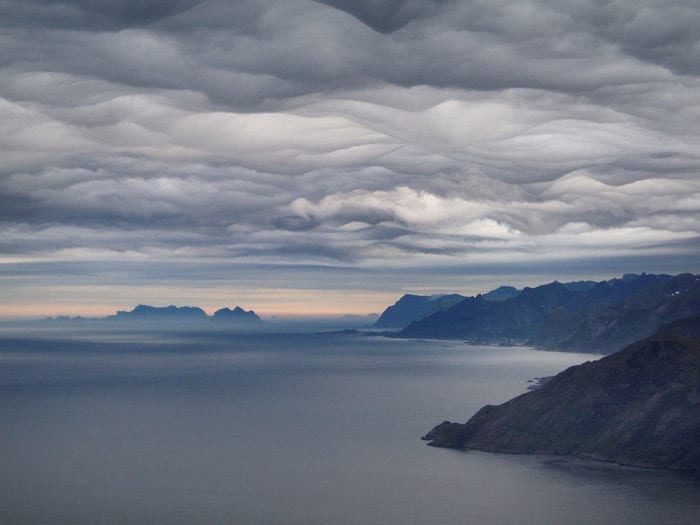 No sooner had we proposed asperatus as a new cloud type than the story ‘went viral’, becoming one of those news stories that just spreads through the world media. News pieces appeared in the UK, the US, online and in many other contries. It was even nominated as one of Time Magazine’s 50 best inventions of 2009.

We felt all this press attention was a little premature as there hadn’t even been time to look into the atmospheric conditions that give rise to the cloud formation. But all the publicity did lead to a huge number of people sending in their own photographs of asperatus clouds they’d spotted, greatly adding to the growing asperatus collection.

Soon, the term was being adopted by cloudspotters around the world. But we always thought it a pretty unlikely to ever be accepted as an official term. This, we were were told by our friends at The Royal Meteorological Society would only happen if it were acknowledged by the World Meteorological Organisation in Geneva, who publish the rather dry but thorough bible of cloud classification, The International Cloud Atlas. 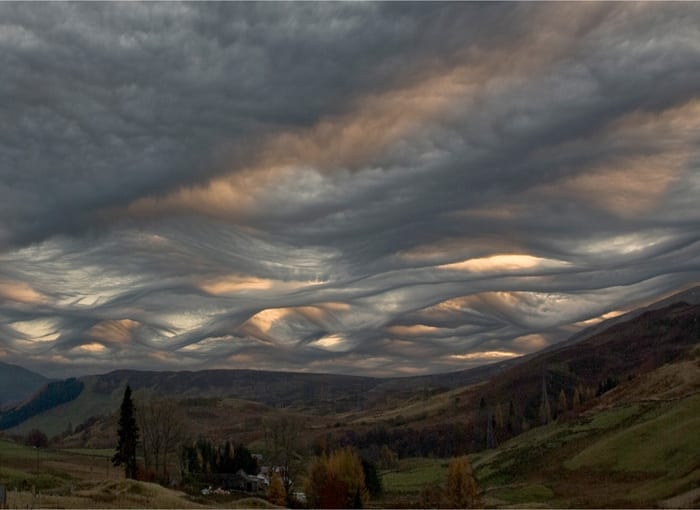 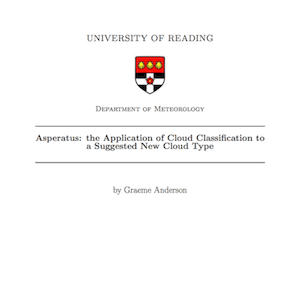 For asperatus to stand a chance of becoming official, we were told, we’d need some idea of the atmospheric conditions that cause it to appear. Finding this out sounded like a lot of work. So we were pleased to learn that Graeme Anderson, an MSc student at the Department of Meteorology, Reading University, had decided to write his dissertation on the cloud, and was happy to trawl through the meteorological records for the dates and locations of the asperatus sightings we’d been sent to try and work out what caused the formation.

By studying the weather records and using a computer model to simulate the cloud, Graeme found evidence that asperatus is formed in the sort of conditions that produce mamma clouds (also known as mammatus), but when the winds up at the cloud level cause it to be sheared into wavelike forms known as undulatus. The conclusion was that there was a case for this being accepted as a new classification – one that is called a cloud ‘supplementary feature’.

The Royal Meteorological Society is now encouraging the international meteorological community to update the Cloud Atlas and include asperatus to make it official. The current edition, after all, was published in the 1970s. If asperatus is accepted, it will be the first official cloud classification in 60 years. 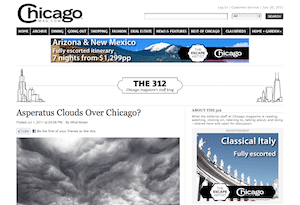 The asperatus sightings continue to come in. Just recently, a dramatic display over Chicago, US, featured in the local newspapers (and see an update here).

We will keep you posted if there is any news about the World Meteorological Organisation deciding to go ahead and update the classification system.