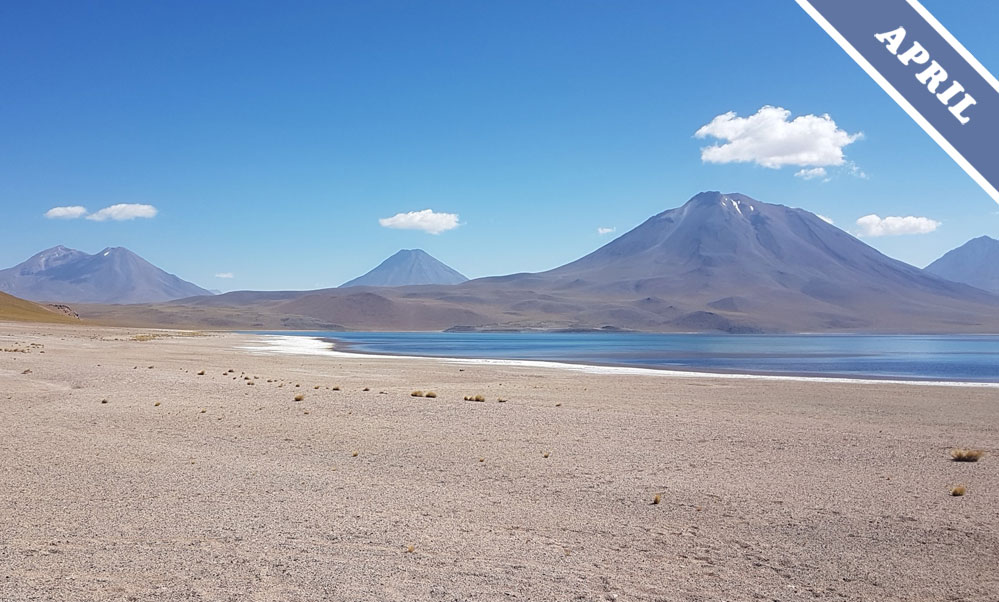 Companions of The Mountains

You’d think that an ephemeral and etherial cloud would be an unlikely friend to something as massive and immutable as a mountain. But they say opposites attract, and it turns out that clouds and mountains get on particularly well. Take these orographic Cumulus clouds spotted by Alexandre Bernardoni in the Atacama Desert of Chile. Each one has found its own special volcanic peak to befriend.

The clouds developed over the volcanoes during the morning, appearing above the sunward slopes of the peaks. These slopes were heated first by the rising Sun. The invisible columns of air, known as thermals, that lift off sun-warmed ground developed first over these slopes since they were warmed before the rest of the terrain. Thermals can lead to the formation of Cumulus clouds. The water droplets can form as the rising air expands and cools. This is why these mid-morning puffs appeared first over each of the volcanoes.

The many relationships between mountains and clouds are profound. Clouds formed or shaped by the interaction between airflow and terrain are described as ‘orographic’. Other examples include the disc-shaped lenticularis clouds that appear at the crests of the standing waves of air that flow in the lee of hills and mountains. Delicate shreds of Stratus cloud, known as Stratus fractus, sometimes appear to snag in the trees as air gently lifts up the lower slopes of hills. Tablecloths of orographic Stratus can spread over high plateaus spilling over the cliffs like cloud versions of waterfalls.

The modest size of the orographic clouds formed here over the mountains of the Atacama means they would be known as Cumulus ‘humilis’, from the Latin for when something is small and lowly. They linger over the peaks as if waking them for the day ahead. Had the volcanoes been dreaming of rain the night before? Alas, since this is the Atacama Desert, the chances are slim indeed of their trusty little cloud friends shedding even a single drop.

Cumulis humilis spotted by Alexandre Bernardoni over volcanoes in the Atacama Desert, Chile.