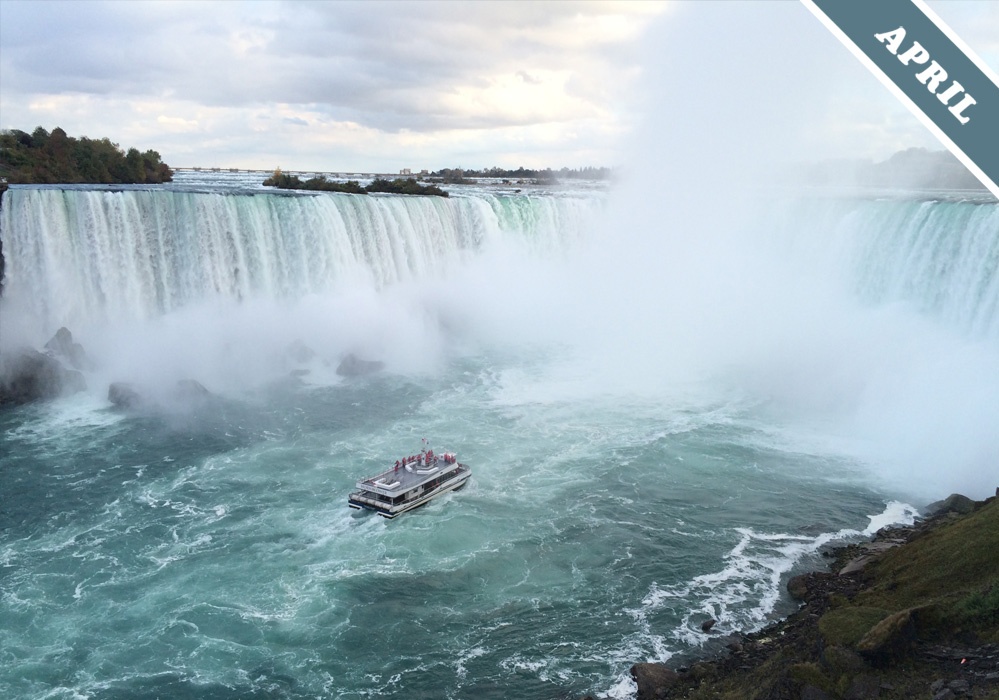 The latin naming system for clouds refers mostly to their appearance and altitudes. But there are some classification terms that relate to how the cloud came into being. These end with -genitus, which means ‘made’. One example is the tongue twister term of cataractagenitus, used for clouds that are made by waterfalls.

Tall waterfalls, and indeed monumental ones like the mighty Niagara Falls viewed here from the Canadian side, cause the air to become saturated with moisture. The relentless cascade of water also drags air downwards, which in turn encourages the air in neighbouring regions to lift up to replace it. And whenever saturated air lifts, cooling a little as it does so, there is also the chance for cloud to form.

So what other classification terms, you may ask, refer to how a cloud came into being? And we may answer: ‘Flammagenitus’ for clouds that form in the smoke-laden air above forest fires, ‘homogenitus’ for man-made clouds like the condensation trails behind aircraft, and ‘silvagenitus’ for the wisps of Stratus that snag in forest canopies, born of the humidity as trees transpire to stay cool.