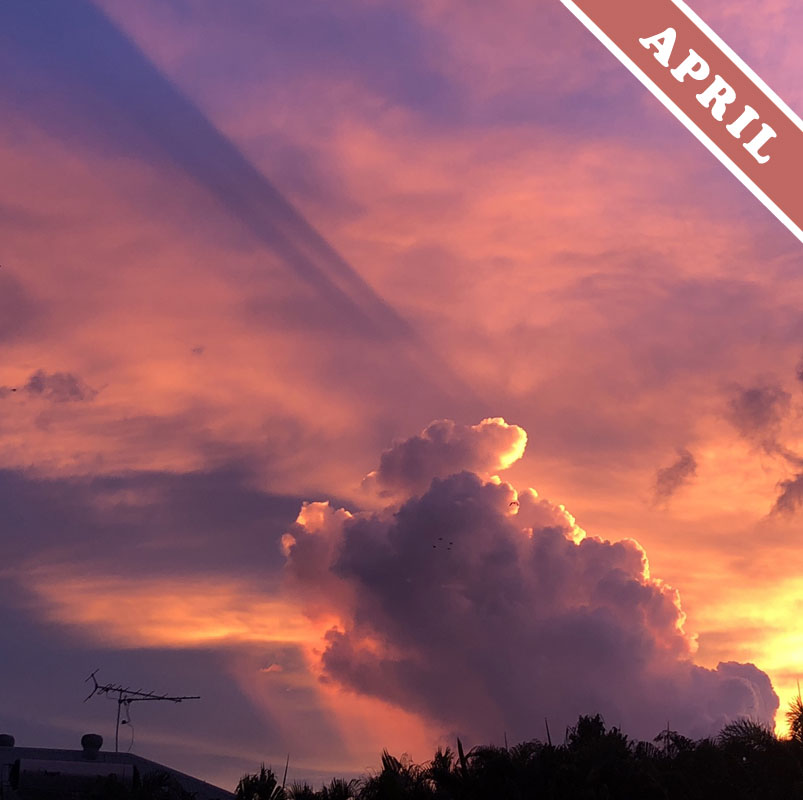 What is a sunset without clouds?

A sunset without clouds is a bright ball disappearing behind a line. Right? But when the western sky is busy with moisture, the low-slung rays of the setting sun paint the clouds with fiery hues and plum-coloured shadows that reveal their soaring architecture. The finer detail of cloud contours stand out when they are lit from beneath. Towering columns of evening storms cast shadows, not down onto the ground below but up to the undulating canvas above. Were a dramatic sunset to appear only once in a generation, it surely would be amongst the principal legends of our time. And yet, of course, such scenes play out around the world on a nightly basis. “The task is, not so much to see what no one has yet seen,” said the physicist Erwin Schrodinger in the 1950s; “but to think what nobody has yet thought, about that which everybody sees.”