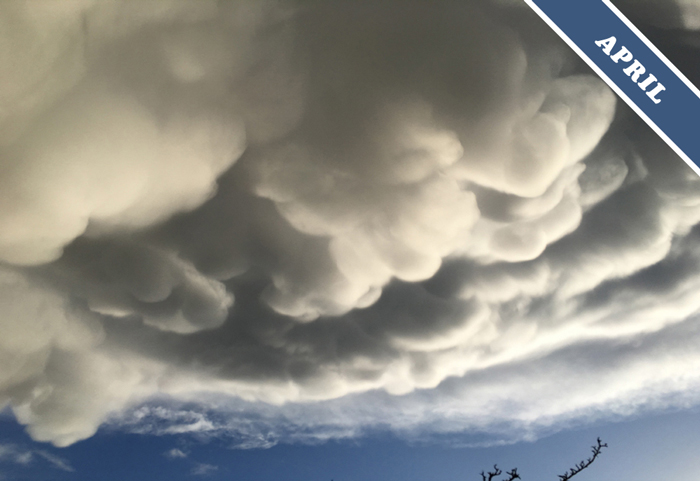 When the underside of a cloud layer is festooned with pouches like this, the formation is known as mamma. The name comes from the Latin for ‘udders’, and you can see why. The distinctive hanging pouches were previously known as mammatus and, before that, they were often called ‘festoon clouds’. Whatever you call them, they’re one of the most distinctive and dramatic formations to observe.

The mamma we’ve chosen for April’s Cloud of the Month were spotted by Melyssa Wright over Linton-on-Ouse, North Yorkshire, UK. Known in the official cloud classification system as ‘supplementary features’, pouches like this can appear beneath several of the main cloud types. The most dramatic ones, however, are to be found on the underside of the anvil of a Cumulonimbus storm cloud. The bigger the storm cloud, the more buxom its mamma will be.

We do hereby propose that dramatic examples of this formation should henceforth become classified as ‘great big mammas’.

Here we discuss this Cloud of the Month with The Weather Channel: