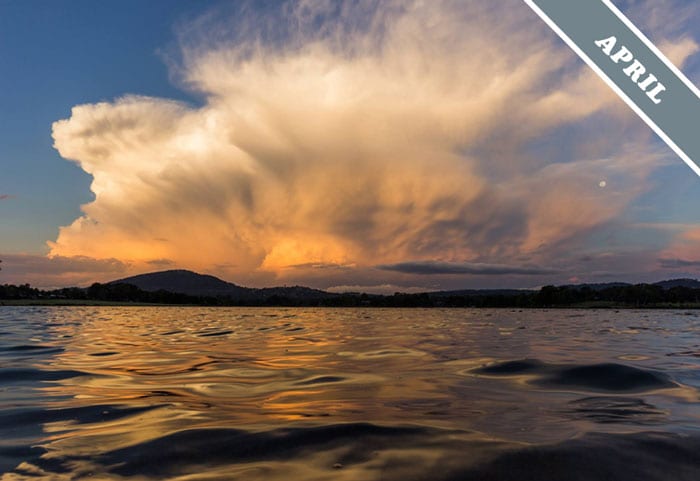 April’s cloud of the month looms over Lake Tuggeranong, in the south of Canberra, Australia, resplendent in the golden rays of the evening. Having grown higher and higher into the atmosphere as the evening progressed, this Cumulonimbus storm cloud has now reached its mature stage. It has reached the very top of the troposphere – perhaps 9 miles or 14 kilometres up – the upper limit of where weather happens.

The cloud spent the evening hurling hail and bolts of lightning, and now its fury is passing. The mighty King of the atmosphere is losing energy. This is indicated by its unruly hairstyle. For when the upper part of a Cumulonimbus splays outwards in fibrous streaks like this, described as ‘capillatus’, the Latin for ‘hairy’, all the droplets at its summit have frozen. This shows that the King of Clouds, just like the day itself, is soon to reach its end.