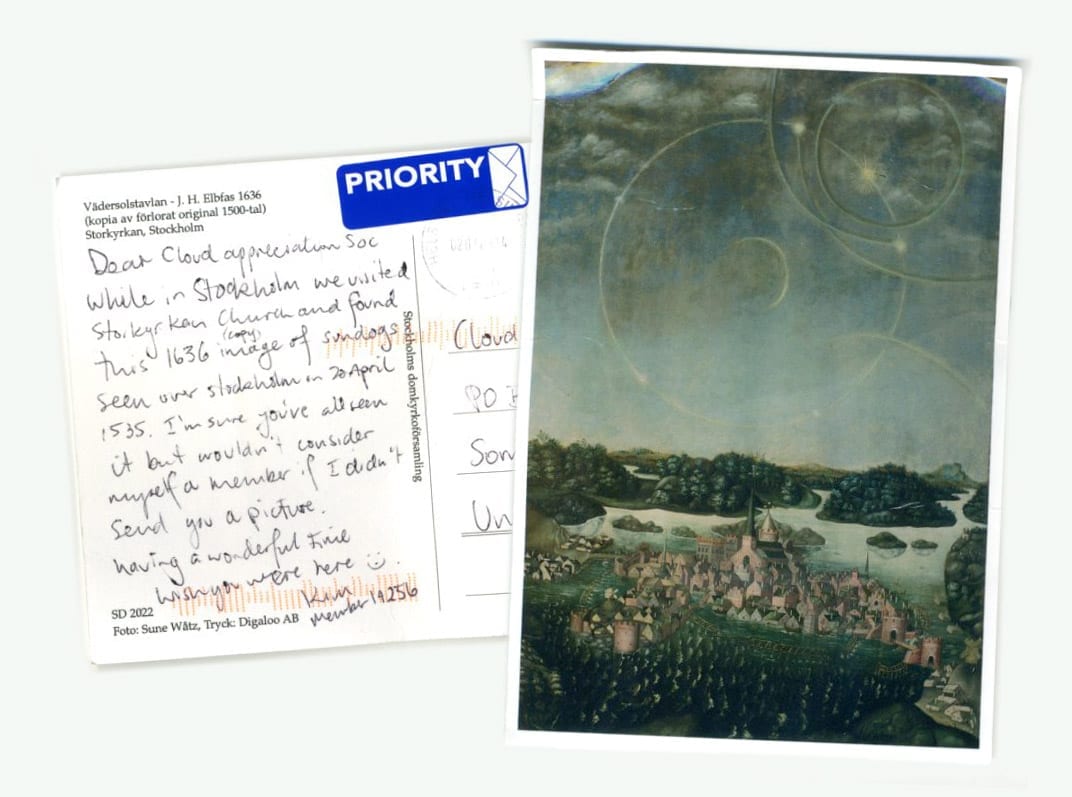 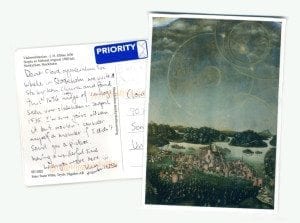 We always like to receive a postcard in the office. So it was great to get this one recently from Kim Ter-Horst, Member No 14256, who sent it while on holiday in Sweden. The card shows the earliest surviving painting of ‘halo phenomena’, those arcs and spots of light that can result as sunlight passes through clouds composed of ice crystals with particular shapes.

Painted in 1636 by Jacob Elbfas, and hanging in the Storkyrkan church in Stockholm, the painting is called Vädersolstavlan, which is the Swedish for ‘The Sun Dog Painting’. Sun dogs are one type of halo phenomenon that appear as bright spots of light on one or other side of the sun when sunlight passes at a certain angle through cloud composed of clear, hexagonal shaped ice-crystals. The painting is a copy of an original, now lost, attributed to Urban Målare depicting a dramatic display of halo phenomena that occurred on April 20, 1535. It seems there were a whole range of optical phenomena that day besides sun dogs, many of which are identifiable by their appearance in the painting. Although all the positions are not quite right and not all of these optical effects could have appeared in the sky at the same time of day, the phenomena shown in addition to the sun dogs include a 22-degree halo, a circumscribed halo, a circumzenithal arc and a parhelic circle.

Many thanks to Kim for sending us a card so well suited to cloud nerds.