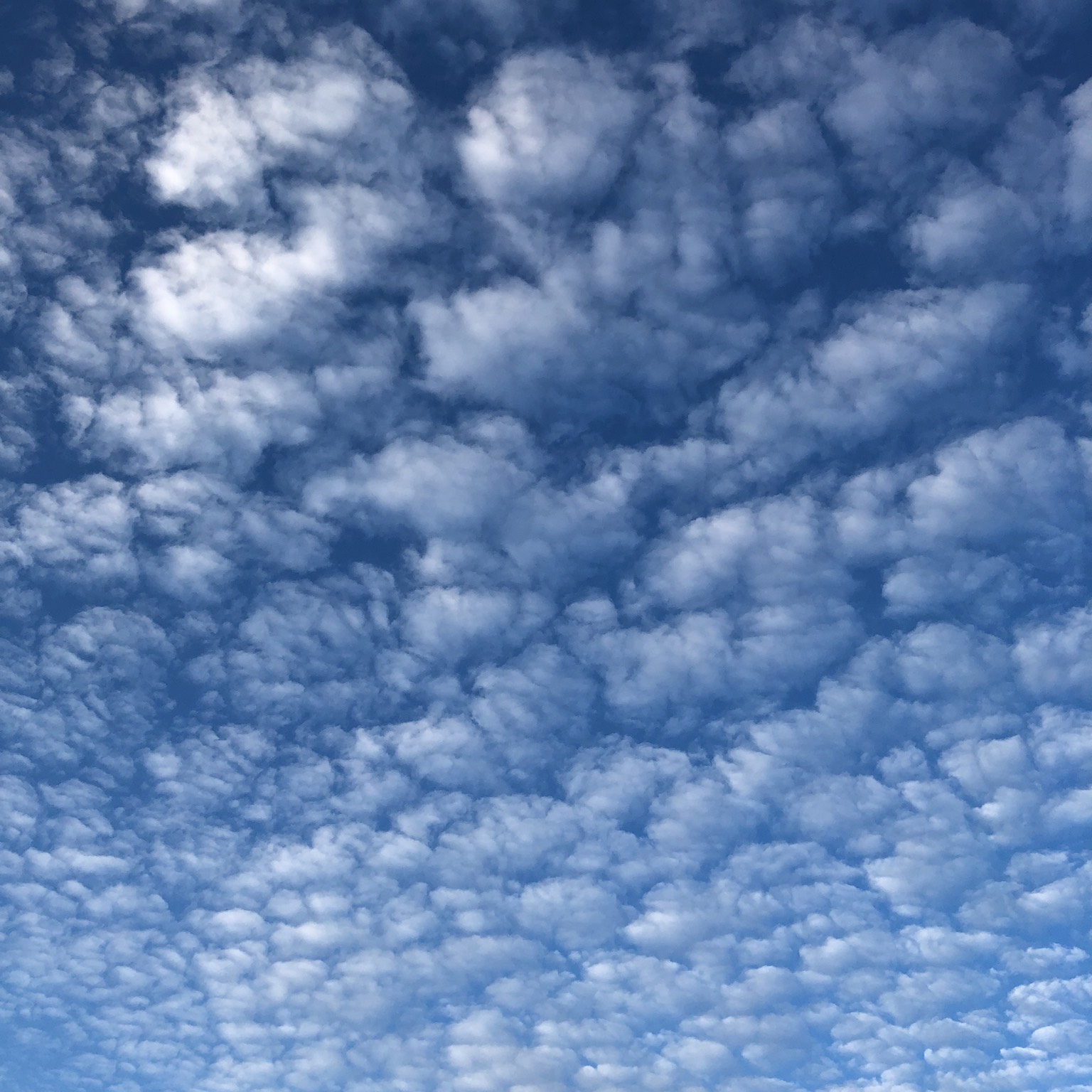 These are typically mid-level layers or patches of cloudlets, which form clumps or rolls. They are white or grey, and shaded on the side away from the sun. This distinguishes Altocumulus from the shade-free cloudlets of Cirrocumulus. Another’s the size of its cloudlets. These appear between the width of one and three fingers, held at arm’s length, when they’re more than 30˚ above the horizon.

The form of Altocumulus that stands out from all the others is when it is the species known as lenticularis. Rather than a layer of cloudlets, this Altocumulus is in the form of large, smooth individual clouds. Altocumulus clouds produce the most dramatic and beautiful cloudscapes, especially in the rays of a low sun. 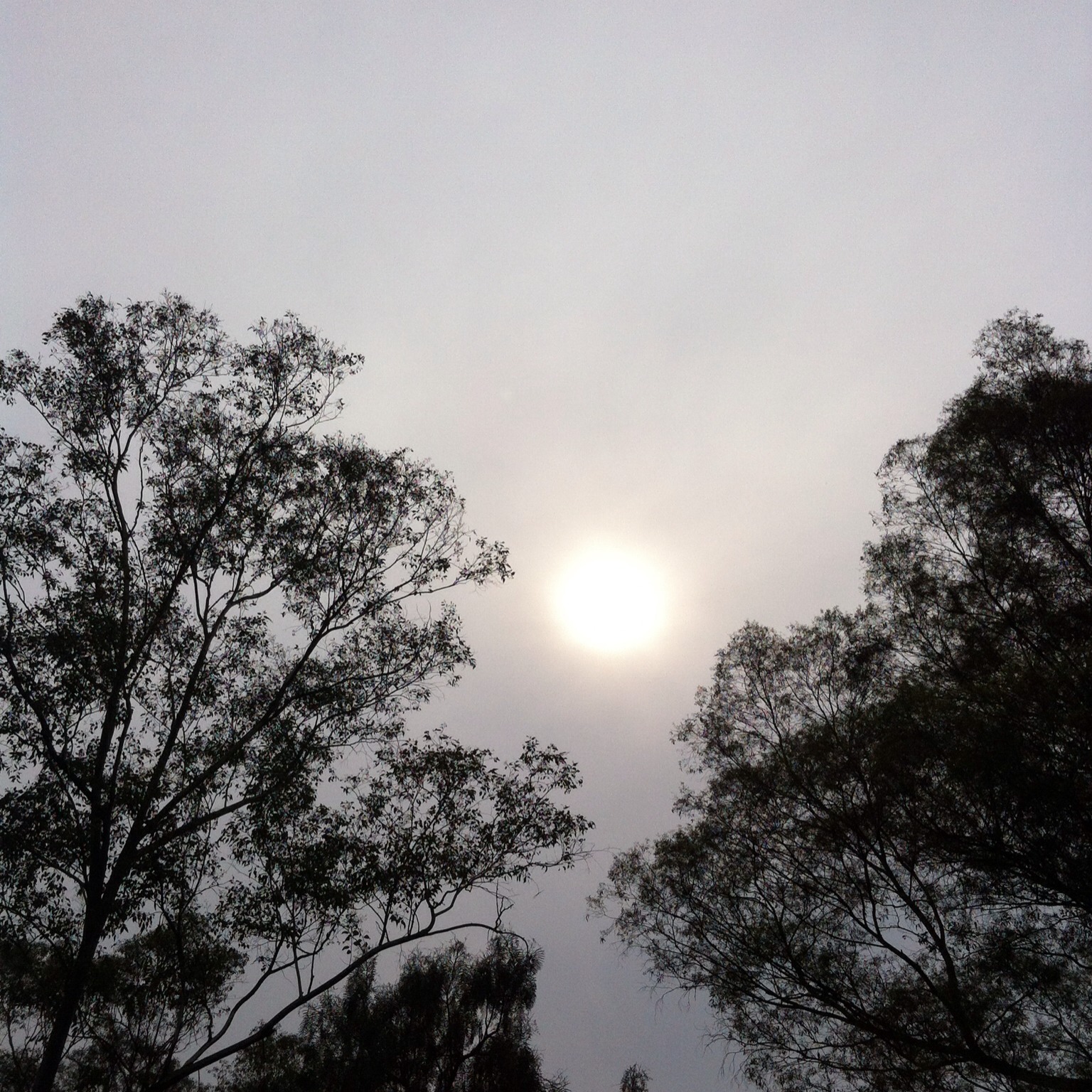 It feels wrong to devote as much space to the rather drab and featureless Altostratus cloud as to its relative, the gloriously varied Altocumulus. Few CloudSpotters will be seen to punch the air and high-five upon adding this one to their cloud collection. Altostratus is, after all, generally considered the most boring of all the cloud types. Although, even to say that, makes it sound rather more noteworthy than it deserves.

Altostratus is a mid-level, generally featureless, grey, overcast layer – a Tupperware sky that often extends over several thousand square miles. True to its dull nature, Altostratus produces little more than a lingering drizzle or light snow. Once it is thick enough to produce more significant precipitation, it has generally developed into the Nimbostratus cloud.

The most common way for Altostratus to form is by the thickening of high Cirrostratus, when a large region of warmer air pushes against one of colder air. The warmer air, being less dense, rises gently en masse over the colder.

Generally darker than Stratus, Altostratus never produces halo phenomena, as Cirrostratus does. The sun showing through the cloud appears as if through ground glass. 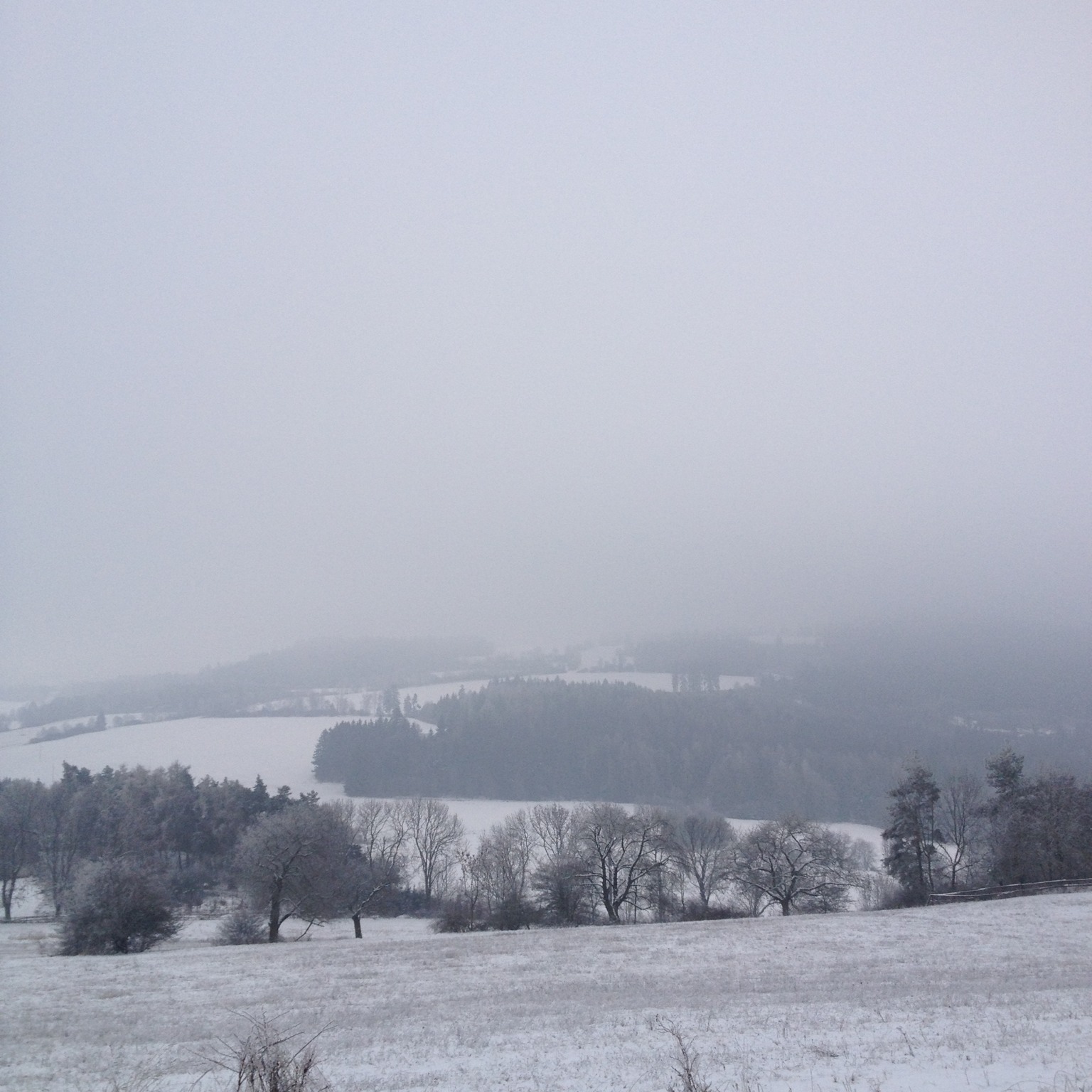 The lowest-forming of all the cloud types, Stratus can give you a strangely claustrophobic feeling, even though you’re outside. It is a featureless, grey overcast layer, which lurks around with its base generally no higher than 1,500ft from the ground. This is much lower than its equally charisma-free cousin, the Altostratus cloud. Stratus can sometimes obscure the tops of tall buildings. When a cloud like this forms so low that it is at ground level, it is known as fog or mist. Since fog can sometimes form in a different way from airborne Stratus, it has a page of its own.

One way that Stratus forms is when moist air cools as it blows over a relatively cold surface, such as a cold sea or land covered in thawing snow (‘advection fog’ is formed in the same way when winds are gentler). Another is when air cools as it rises. This might be as it blows up the lower slopes of a mountainside or as warmer air slowly rides up over a region of colder (denser) air. Finally, Stratus can appear when fog, which has formed overnight, lifts from the ground as it is stirred by a freshening wind. 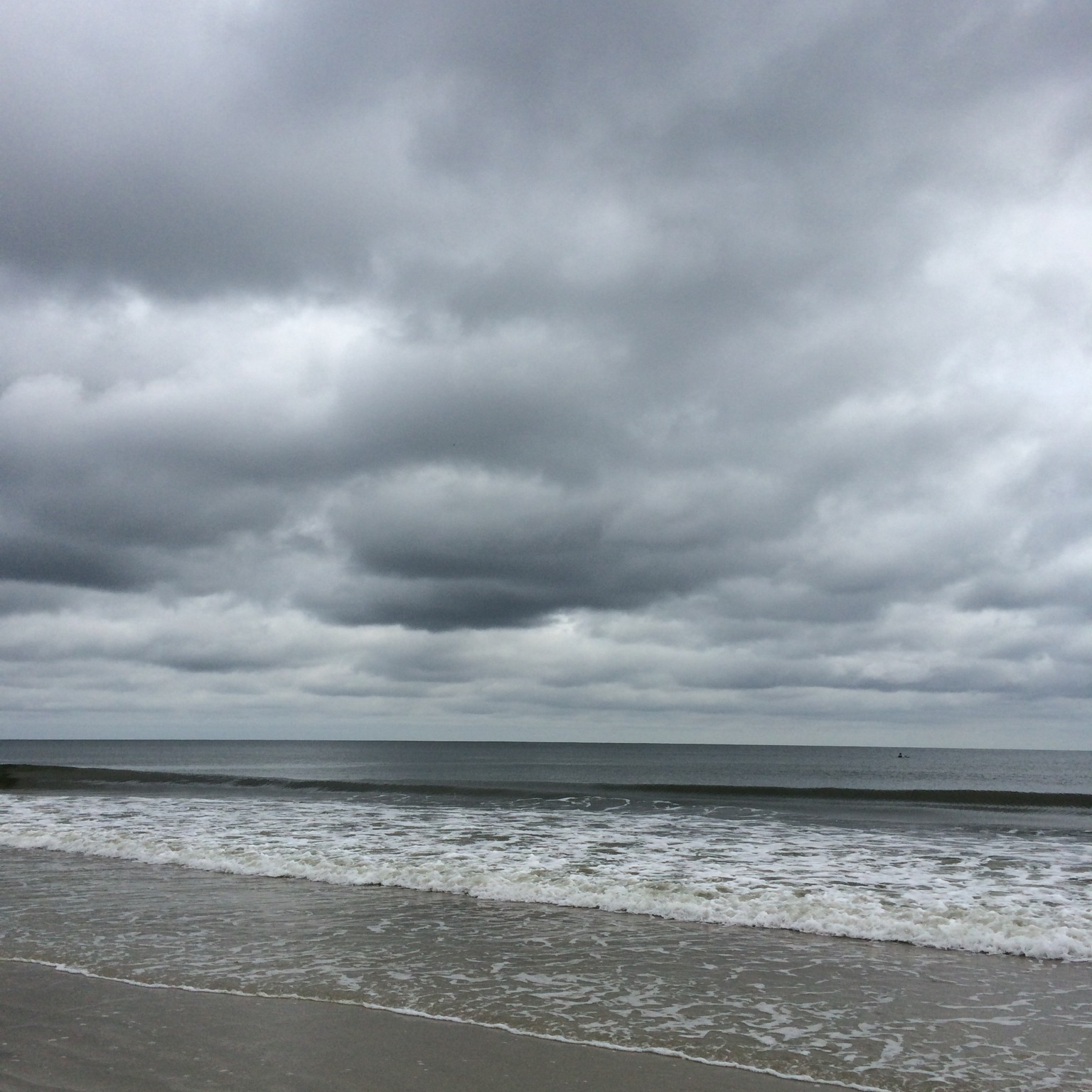 The most widespread of all cloud types, Stratocumulus is a low layer or patch of cloud that has a well-defined, clumpy base. The patches are either joined up, or have gaps in between. When the sky is overcast, and the cloud base appears to be low, with tones from white to dark grey, cloudspotters can confidently add Stratocumulus to their cloud collections.

High Stratocumulus that have cloudlets with gaps in between – a variety known as perlucidus – can be confused with the mid-level cloud Altocumulus. But Stratocumulus is usually less orderly in appearance and its cloudlets are bigger (appearing larger than the width of three fingers, held at arm’s length, when they are more than 30˚ above the horizon). Due to its sun-blocking tendencies, Stratocumulus may not be the most popular cloud, but it is one of the most varied.