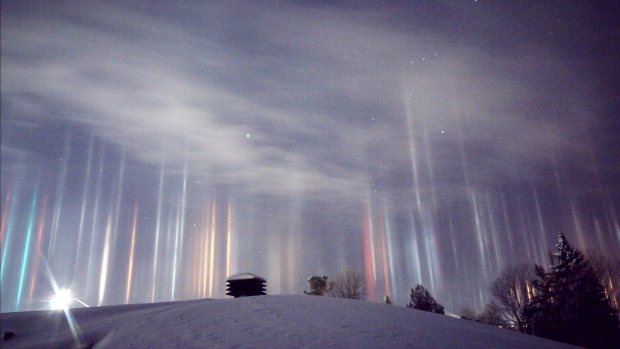 We were recently contacted by Michael Peters, Society member 42102, about a news story he had seen on the CBC News website.

Timothy Joseph Elzinga from Northern Ontario had captured ‘light pillars’ which he says “looked like someone from Star Trek was trying to beam people up“.

This is a fantastic example of the reflections that can result from the ice crystals in frozen fog, known as ‘diamond dust’. The crystals act like tiny mirrors suspended in the air. As such, they can reflect the the city lights below, forming these coloured columns of light.

You can see the full story along with Timothy Elzinga’s description on the CBC News website.

One thought on “‘Light Pillars’ captured in North Bay, Ontario”