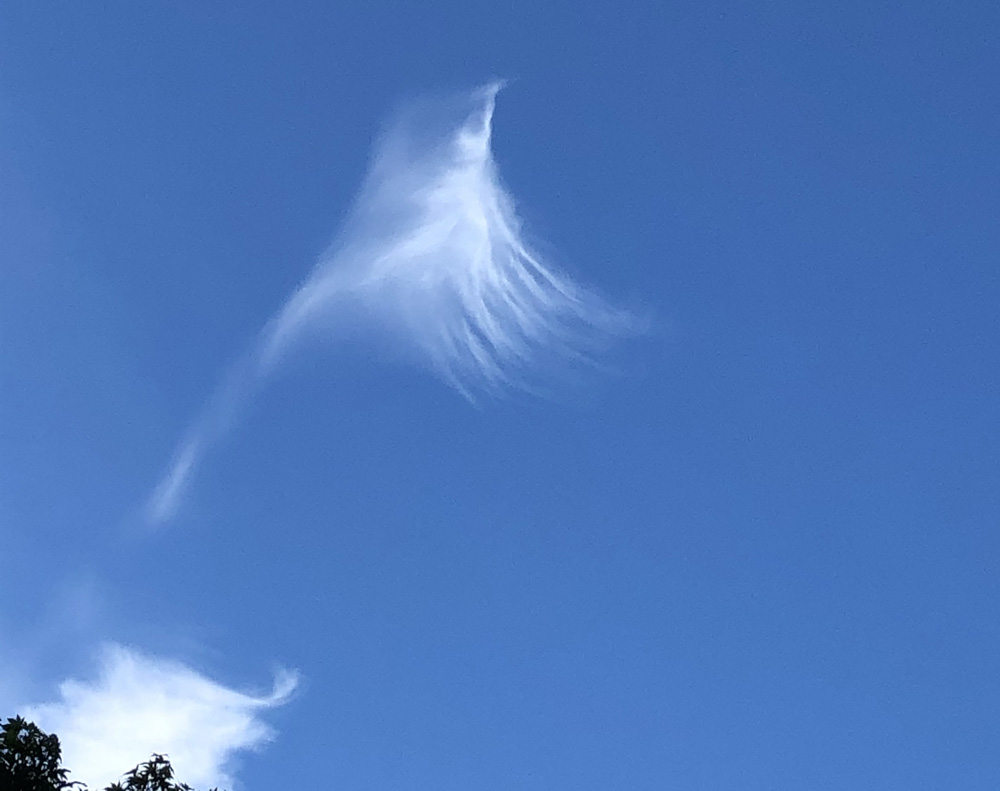 Cirrus clouds come into existence at the loftiest of heights. However, new research published in the scientific journal Nature Communications is bringing understanding of their formation within touching distance. The paper sheds light on how the formation of the ice crystals that make up high clouds is helped by plants down here on the ground.

The delicate translucent streaks and patches of high cloud like Cirrus and Cirrostratus are made up of tiny, tumbling ice-crystals. These typically form at altitudes of between 5000 metres and the top of the troposphere, which can be up at around 13,700 metres. Water vapour cools as it lifts to the top of the troposphere, it can then change from a gas directly into solid ice in a process known as deposition. Often, the ice crystals grow on tiny particles that act as the seeds on which the freezing can begin. Cloud physicists refer to these as ice nucleating particles. The Nature Communications article has shown how important plants are in producing ice nucleating particles and thereby helping Cirrus clouds form.

Trees and other plants give off organic compounds in the form of gases, and these can interact with other compounds in the air to form tiny particles termed ‘secondary organic aerosols’. It turns out such plant-derived particles can be just the right size and shape to encourage the formation of ice crystals in high clouds like Cirrus. The study found that ice nucleating particles originating from plants are plentiful enough in the upper troposphere to have an influence on the formation and prevalence of Cirrus clouds.

Next time you watch a display of Cirrus clouds stretch out across the blue, remember to thank the nearby trees and other plants for the role they play in helping the high clouds to form.

One thought on “How Cirrus clouds can grow from trees”