A heart for a lost friend 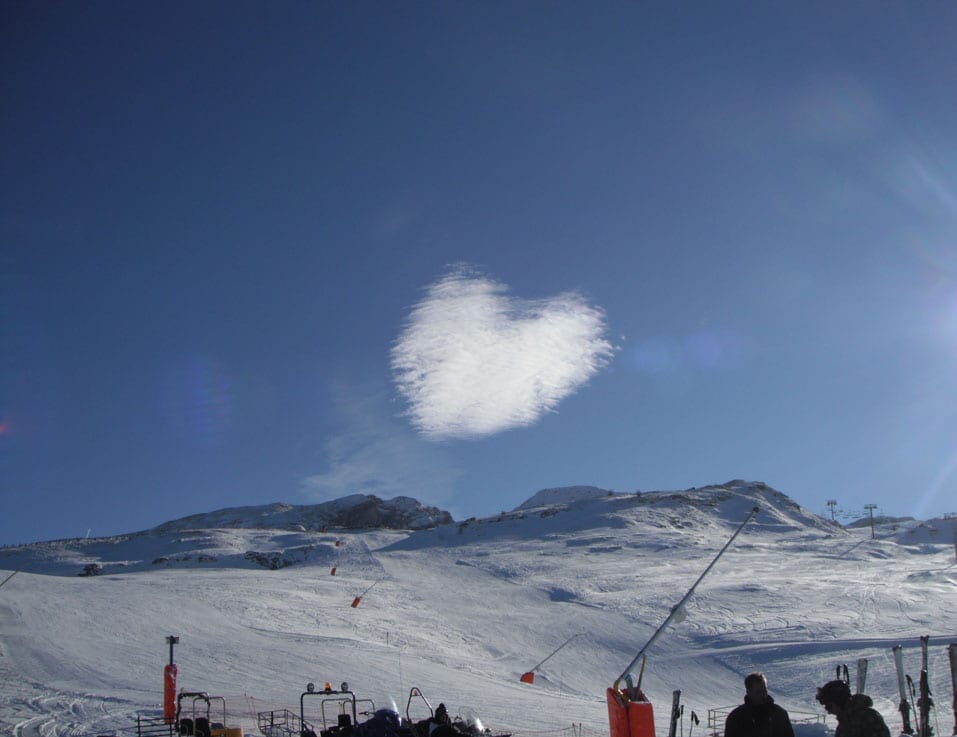 The heart in the sky over Saint Etienne en Devoluy, France. © Emily Morus-Jones.
February 17, 2012 In Attention All Cloudspotters

A heart for a lost friend 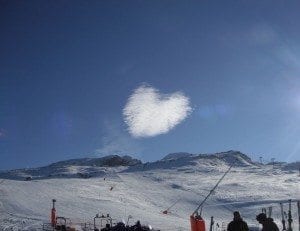 The heart in the sky over Saint Etienne en Devoluy, France. © Emily Morus-Jones.

We received an email recently from Emily Morus-Jones with a photograph of a cloud in the shape of a heart. Quite a few heart-shaped clouds have been sent in to the society photo gallery over the years, but this one arrived with a particularly poignant story, which is recounted by Emily below. Spotted over Saint Etienne en Devoluy, France, where Emily is working a season as a rep for Ski France, the cloud brought her some comfort following very tragic news:

“Prior to my accepting the job over here, breaking away from my old job, I was divided and in two minds as to what to do. I consulted one of my dearest friends whom I have known since we were both children and who completed a ski season last year in Meribel in the 3 Valleys. He told me that I had to go, and that I would not regret it. One week later he died under incredibly tragic circumstances, (for details please see the following link about the inquest a few days ago into his death) leaving a gap in the universe that will never again be filled and, in my opinion and that of others, leaving the world a far worse off place. As far as I was concerned I no longer had a choice, I had to go.

“Five weeks into my season, I was still in an incredibly fragile state, I still am now. However, I had been doing quite well at just getting on with it, telling myself that he’d kick my arse if he saw me moping all the time. Despite my efforts though, I did find myself being overcome with emotion from time to time. One such occasion I was sitting in one of the cafes on the slopes taking a break after boarding for 3 hours on my own. I was tired which didn’t help and I was depressed because I really just wanted one person who I could go out with and learn from. I kept on thinking about how different it would be if he was there, if he was with me. I found water to be welling up in my eyes so I looked up to the sky in the hope that if anyone saw me they would just assume that it was the sun in my eyes that was making them water. Attached you will find a photo of what I saw, I took two pictures just to make sure I wasn’t tripping or anything. Then, at the exact moment that I saw it, the music in the cafe changed to Pink Floyd, ‘Wish You Were Here’. Now I am generally quite a scientifically minded person, but that day I am convinced that he spoke to me. And even if it was all coincidence, I still found myself getting back on my board and riding like mad for the rest of the day.”

Emily’s story touched a chord with us. It made us think of the 1913 poem, ‘Clouds’, by the British war poet, Rupert Brooks:

They say that the Dead die not, but remain
Near to the rich heirs of their grief and mirth.
I think they ride the calm mid-heaven, as these,
In wise majestic melancholy train,
And watch the moon, and the still-raging seas,
And men, coming and going on the earth.