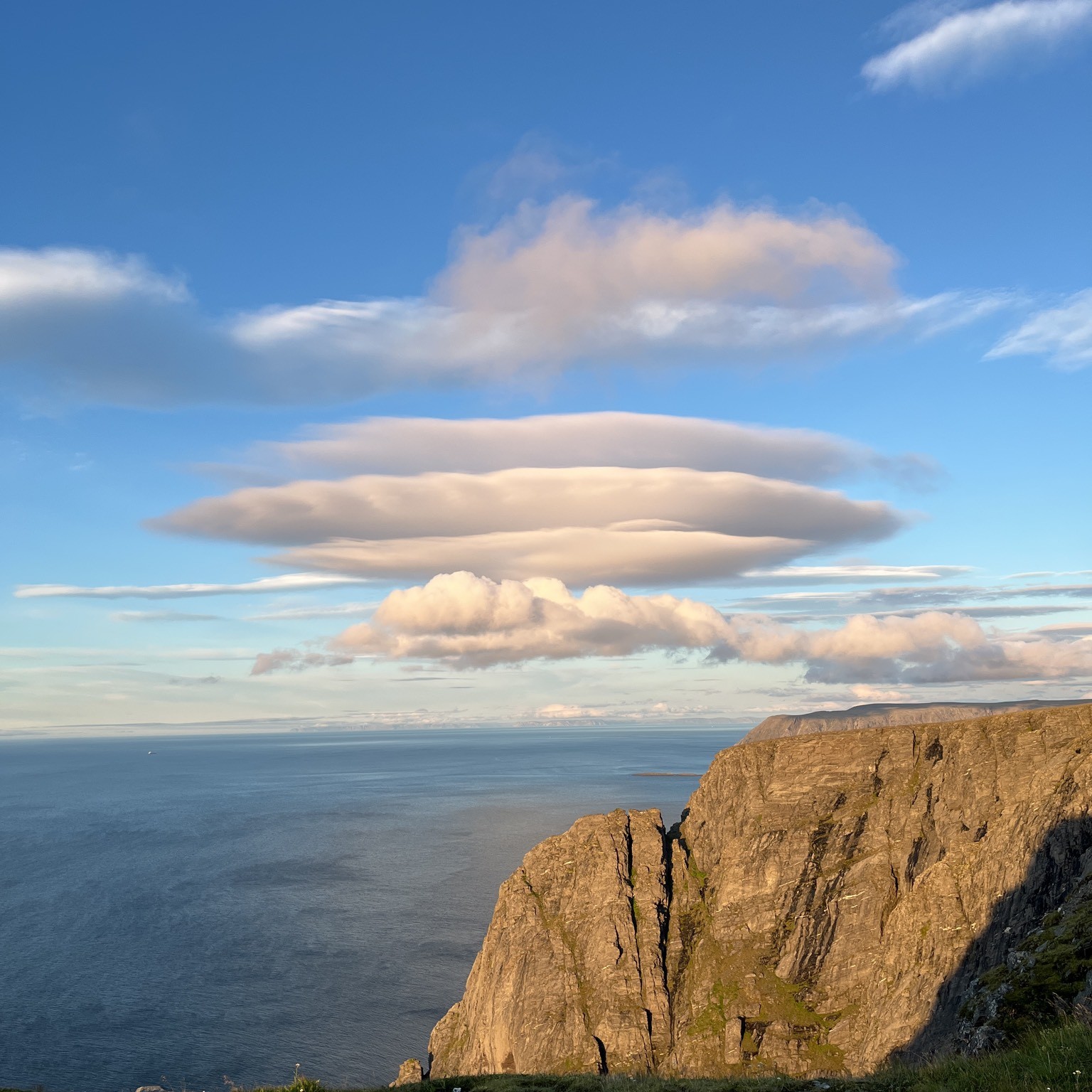 Annie Dillard, Member 46,119 sent us an anecdote of an encounter from a small ship in Antarctic waters.

“Over a long life I’ve learned that the meaning of this sight is a handy thing to know.

From a small ship in Antarctic waters I saw a stack of lenticular clouds and thought HERE’S TROUBLE.

We pulled into a station and those manning it said, Go to the hurricane harbor.

We toodled off to the safe harbor. It was fully occupied by the Chilean Navy.

We had no choice but to head out for sea room. If we were going to be helpless in a storm, we’d best go where

we wouldn’t hit anything. I’d often read about “sea room” and here it was.

We bucked and tilted –probably used a lot of gas–and were just fine.

Later I found a similar stack of lenticular clouds almost permanently over the peak of Washington’s Mount Baker”.