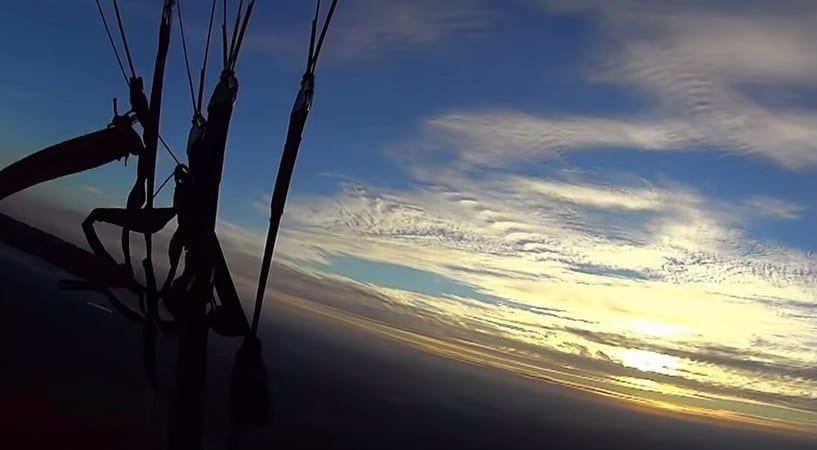 Paramotor pilot, Brian Tunnard, filmed this video whilst flying on 20th January 2015. He says on his YouTube page “The viz was a bit hazy … and it’s a LOT cooller than it looks …but it was a VERY enjoyable flight nonetheless. I encountered a suprisingly strong headwind on the first leg of the flight, which needed speedbar to penetrate .. my speed with bar, shot up to a stately 18-20mph.

It’s Brass Monkey ‘FROSTY’ up here, but as I turn West, the clouds are painted orange by the setting sun … and all is well with world … for a moment …”