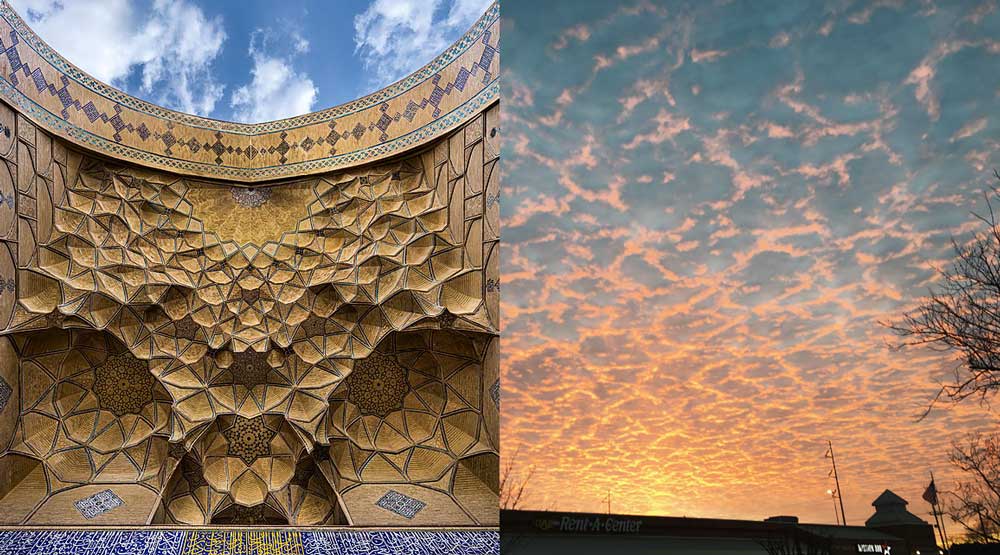 Matt Minshall (Member 7,721) shows how architects through the ages have drawn inspiration from the sky.

So much of old and modern architecture seems to be influenced by the clouds. In some cases, it may be deliberate, particularly with some religious structures, where soaring colonnades and high vaulted interiors might metaphorically look up to the heavens.

But others may be more subconscious. An arched opening seems so much more attractive than a squared one, and might this not be because it resembles a rainbow?

The detail and power of a Corinthian column capital appears to reflect the bold image of a Cumulonimbus cloud in all its glory.

The symmetrical beauty of a fluctus cloud must surely have influenced the design of a Vitruvian Scroll. To be fair, however, there might also be a lowlier watery influence..

The ceiling of this incredible Persian mosque is surely too close to the formation of a Lacunosus cloud to be a coincidence.

I began this casual study as a passing notion, but the more I look the more I find. Is it really too fanciful to see this fanlight as having been influenced by Crepuscular Rays? I certainly don’t think so. Do you?

3 thoughts on “The Sky in Architecture”