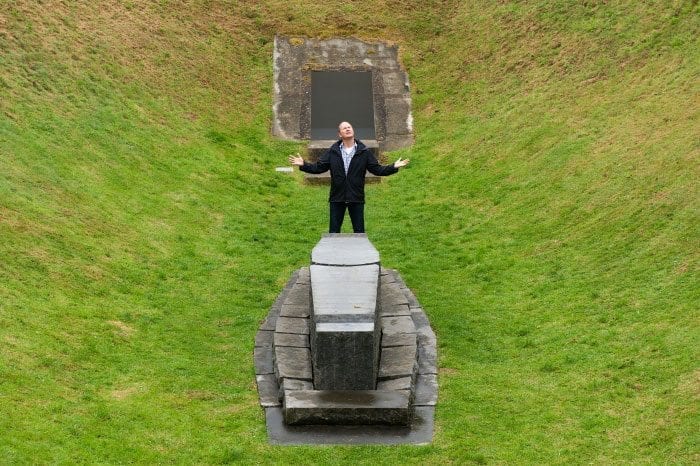 Earlier this summer, Sally McKenna (Cloud Appreciation Society Member No. 20,711) organised ‘The First Irish Cloud Festival’ in the West Cork region of Ireland. The idea was conceived in conjunction with Hans Wieland (Member No. 27,412) to bring together Irish cloud lovers and, more specifically, the Irish chapter of the society, known as ‘The Irish Cloud Appreciation Society’. 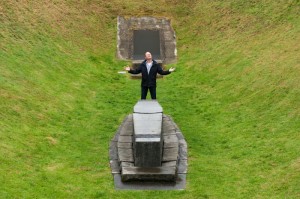 The cloud festival was held in Skibbereen, and proved a great success, with visitors coming from all four corners of the country to listen to talks on cloud-related themes and to do a bit of collective cloud gazing. The cloudspotting part took place in the ‘crater’ made by the Californian artist James Turrell within the grounds of the Liss Ard Estate. This amazing man-made structure acts as a sort of amphitheatre of the sky, the crater rim serving to frame the skyscape above as you lie down and look up from its centre.

Of course, the clouds did not behave as requested. They never do. The day before and the day after were perfect for cloudspotting, but the day of the Cloud Festival itself was veiled in what can only be described as the boring cloud: wall-to-wall Altostratus. No one seemed bothered, however. After all, where would we be if the clouds simply did what we wanted? 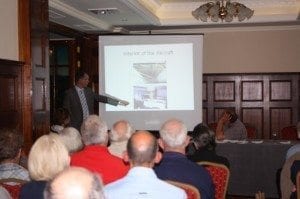 Colm Conyngham explains why you don't want to fly into a Cumulonimbus storm cloud. © Roryj Jackson.

Cloud Appreciation Society founder, Gavin Pretor-Pinney, was delighted to be invited over over to West Cork as one of the speakers. He gave a talk entitled ‘Cloudspotting For Beginners’. Amongst the other speakers were Colm Conyngham, who gave a fascinating and harrowing account of when he got closer to a cloud than he ever wants to be again. He had a terrifying ordeal onboard an Air France flight over Africa on a plane that had a faulty weather radar, and as a result flew directly into a Cumulonimbus storm cloud. Though still suffering from memories of the ordeal, which resulted in many injuries amongst the passengers and crew, Colm accepted a Cloud Appreciation Society badge and is working towards wearing it in an effort to put the whole thing behind him. Also speaking were photographer John Baylis Post on how to take successful sky photos, Ian Carruthers, a local storm chaser and John McKenna on the theme of clouds in New Yorker cartoons.

There is already talk of organising another Irish Cloud Festival in 2012, perhaps this time in Sligo on the north west coast. Anyone interested in this idea can join the discussion on the Irish Cloud Apprecaition Society Facebook page:
http://www.facebook.com/topic.php?uid=108602662490872&topic=401 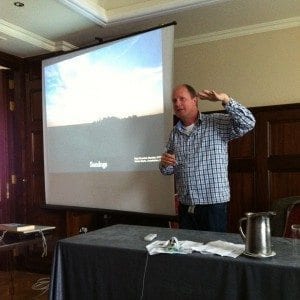 Festival MC, the actor and screenwriter Rob Heyland, and other festival goers in the crater. © Roryj Jackson.