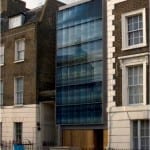 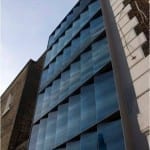 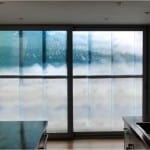 Completed towards the end of November 2010, the front of this private house in Camden by multi-award-winning London architects Patel Taylor features a ‘sea and sky’ image provided by Richard Weston Studio. The image was scanned at very high resolution from an Oregon ‘thunder egg’ – a mineral similar to agage. The image was printed onto silk and laminated between two layers of glass by specialist architectural glass-maker Hourglass of Havant. The silk-in-glass images form a series of angled louvres to provide privacy and reduce heat gains from the sun – laminating films cut out the UV light that would otherwise fade the fabric.

Richard Weston’s carves using mineral images were a big hit at Liberty’s ‘Open Design Call’ last February and their development is to be covered in a new, seven-part BBC2 series, entitled ‘The Next Big Thing’ and scheduled to be broadcast in March-April this year. 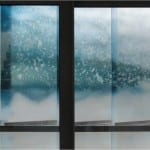 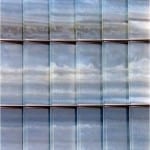