The Cloud Appreciation Society Sky Gathering took place in May 2019 on the tiny English island of Lundy. This a former pirate island turned wildlife haven is situated in the Bristol Channel at the edge of the Atlantic Ocean. We were joined by members of the Society from across Britain and the US, as well as from the Netherlands, Germany, Austria, Denmark, Mexico and Singapore. We spent three nights on the island enjoying its rugged landscape and abundant wildlife, and we heard experts speak on the science, art and culture of the sky. Our afternoons were disconnected from the outside world, as we took walks and engaged in creative workshops. The talks in the mornings took place in the island church, from where they were streamed live via portable satellite dishes to our members and friends around the world. You can now watch all the illustrated talks and performances here. 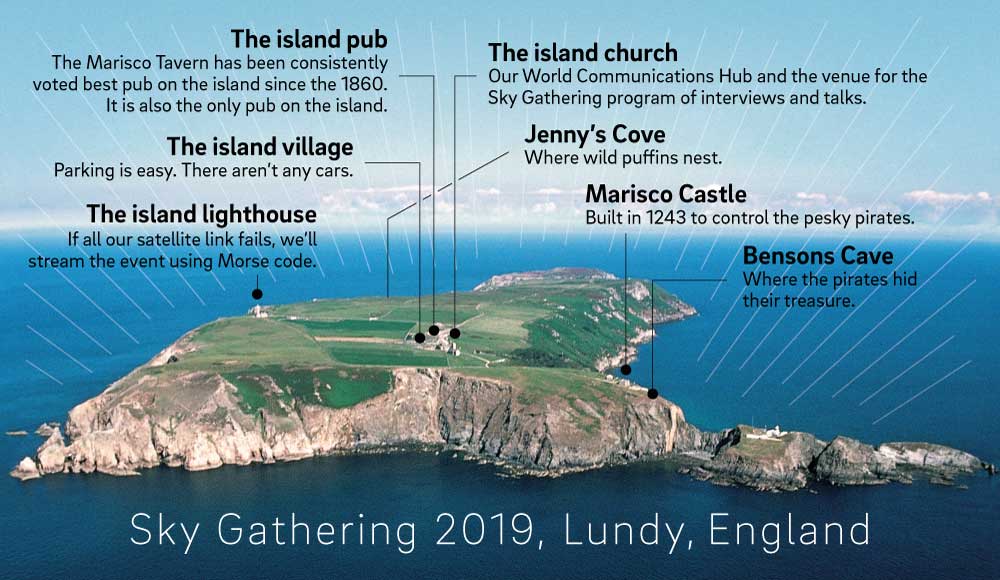 We hired a treasure island!

Session 1:
• Welcome to the Sky Gathering on the island of Lundy, England with Gavin Pretor-Pinney, founder and Member 001 of the Cloud Appreciation Society.
• The Dutch visual artist Berndnaut Smilde explains how he creates clouds indoors to make the most transient, momentary and ephemeral sculptures in the world.

Session 2:
• Weather forecasts tend to refer to the sky in a simplistic way. They say it’ll be sunny or cloudy, rainy or dry. With the technology now available to forecasters, is it not time they included more detail so we can know the actual skies we have in store? Helen Roberts, Senior Operational Meteorologist at the Met Office in the UK considers this as she shows us how a forecast is put together.

Session 3:
Our relationship with nature can be charted by the way artists over the centuries have depicted the sky in the backgrounds of their paintings. Landscape artist and Member 22,010, Lionel Playford, takes us on a fascinating tour of the clouds in Western art.

Session 4:
The Sun provides the energy for all life on our planet and is the driving force behind the movements in our atmosphere that cause the weather. This primal connection we have to the Sun is most vividly demonstrated by eclipses and aurora. Dr. Melanie Windridge, plasma physicist and Member 42,862, elegantly explains these beautiful, dramatic and transfixing natural phenomena.

Session 5:
The tiny English island of Lundy is the venue for our 2019 Sky Gathering. Though it is a wildlife sanctuary today, this little rock of granite in the middle of the Bristol Channel, on the edge of the vast Atlantic Ocean was once a haven for pirates and ruffians. Michael Williams of the Lundy Field Society gives us a brief tour of the island’s varied and eccentric history.

Session 6:
The tiny English island of Lundy is the venue for our 2019 Sky Gathering. Island warden, Dean Woodfin Jones, takes us on a tour of the island’s abundant wildlife, both above and below the waves, including its iconic summer seabird visitor, the puffin.

Session 7:
Clouds are irresistible metaphors for poets. Existing at the cusp of visibility and invisibility, they appear like ideas, they pass like emotions. Award-winning author of many books on the clouds Richard Hamblyn leads us through a history of clouds in poetry, from the ancient to the modern, with the help of readings by Lisa Knapp.

Session 8:
‘Sprites’ are mysterious, fleeting flashes of light that have been observed shooting up into the atmosphere above particularly large lightning storms. They were first captured on film by accident in the late 1980s. Dr. Walt Lyons, past President of the American Meteorological Society and Member 0024, was instrumental in their identification. Here he shows that these massive, transient light effects are just one of a whole family of light effects that form above particularly strong storms. They have names like ‘blue jets’, ‘elves’, ‘halos’ and ‘gigantic jets’ and we are only beginning to understand what causes them.

Session 9:
At the Cloud Appreciation Society, we believe that spending a few moments each day with your head in the clouds helps you keep your feet on the ground. Gavin Pretor-Pinney, Member 001 of the Cloud Appreciation Society, shows how learning to identify the ever-changing and ephemeral forms of the clouds is good for the mind, the body and the soul.

Session 10:
Award-winning folk musician Lisa Knapp performs traditional English folk songs relating to the weather, as well as her own Shipping Song and a beautiful rendition of ‘Both Sides Now’ by Joni Mitchell.

Session 11:
We seem to hear more and more often ideas to ‘fix’ rising global temperatures with drastic climate engineering projects such as reflecting away sunlight with atmospheric particles or by seeding clouds. But messing with our climate like this is a bad idea argues Jim Fleming, Professor of Science, Technology, and Society at Colby College, Maine, US. He shows how the chequered history of weather control has sobering lessons for anyone arguing for ‘geo-engineering’ solutions to climate change.

Session 12:
Most people try to get away from extreme supercell storms and tornadoes. Storm chasers head towards them in an effort to capture their awe-inspiring beauty on film. One of the best working today is Mike Olbinski. After watching his amazing video ‘Pursuit’, we catch up with Mike live from his van beside the road in Oklahoma, US during a storm-chasing trip to find how how he manages to film the most dangerous and monumental of all cloud formations.

With thanks to our sponsors: 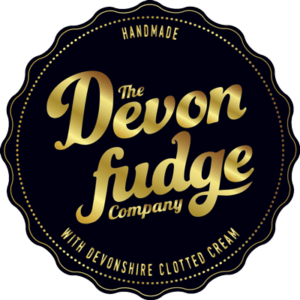 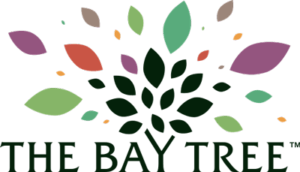