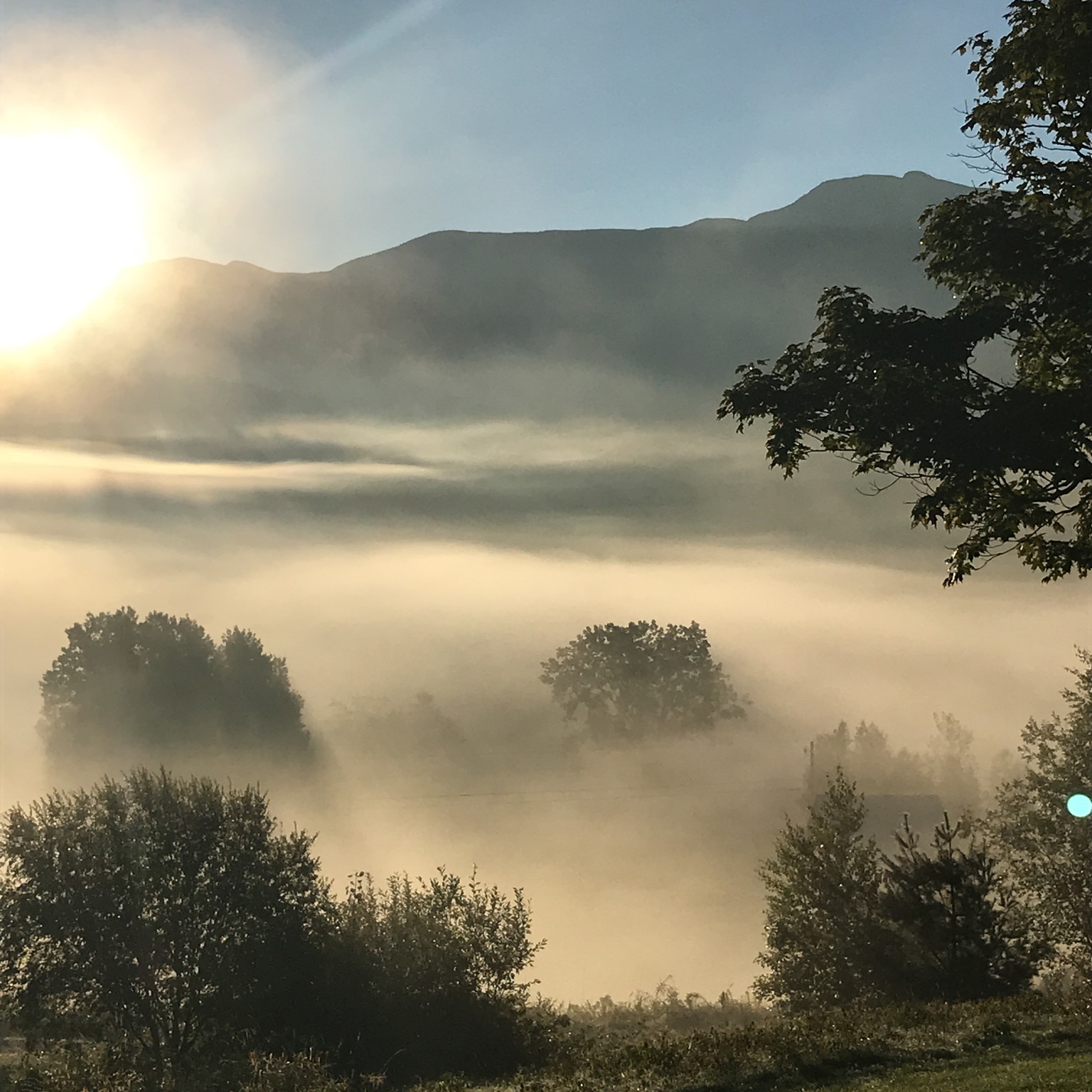 The distinction between fog and mist relates to visibility. Officially, you can see 1–2km in mist but no more than 1km in fog – one’s just a thicker version of the other. Though fog is sometimes described as ground-level Stratus cloud, since that’s the lowest of the main clouds, it often forms quite differently.

Fog appears if air is cooled enough by its proximity to the ground or water surface for its moisture to condense into droplets. There are two main ways this cooling can happen.

‘Radiation fog’ forms after long, cold and clear nights. With no blanket of cloud cover to keep the warmth in, the ground quickly radiates the day’s warmth into the night sky, and can cool the air enough to form droplets. On higher ground, the cold, foggy air can sink downhill and gather as ‘valley fog’.

‘Advection fog’ occurs when air cools as it blows over a warmer surface to a colder one. If these are ocean surfaces, it’s called ‘sea fog’. Then there’s ‘steam fog’ – when cold air blows over warmer water, such as a lake, and the water vapour that evaporates off the surface instantly cools to form droplets.

That’s not the end of it. There’s also ‘upslope fog’, ‘hill fog’, ‘ice fog’, ‘haar’ and ‘frontal fog’. No matter which one it is, cloudspotters will never get closer to a cloud than when they’re enveloped in fog or mist.