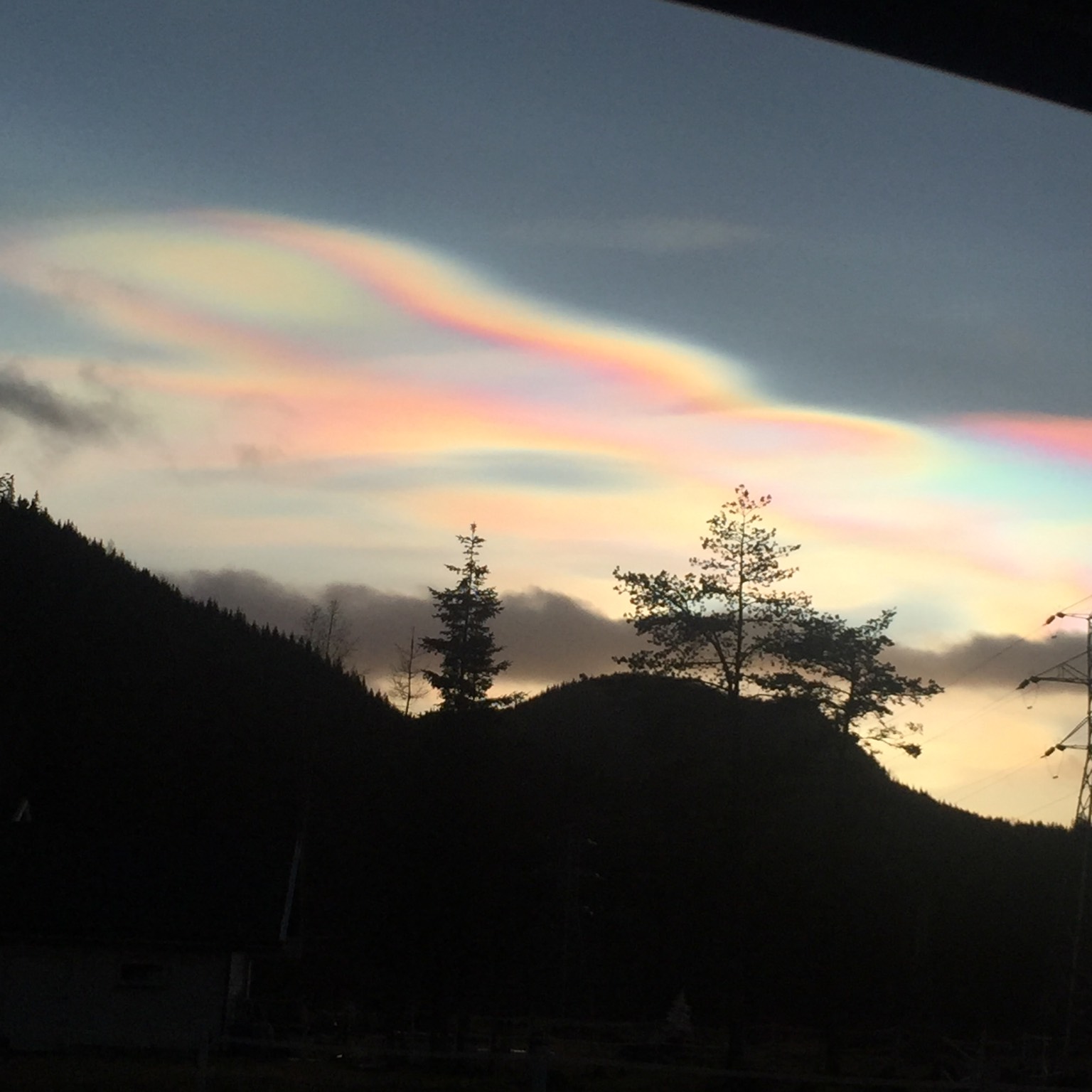 Forming 10–20 miles up, in the stratosphere, at –85˚C (-121˚F), nacreous clouds show beautiful iridescent pastel hues as they scatter the light from the Sun when it is just below the horizon.

Sometimes called ‘mother-of-pearl clouds’, their tiny, uniform ice crystals are very good at diffracting sunlight. This separates the light into bands of colour, to create a much more dramatic version of the iridescence sometimes seen in lower clouds.

Also known as ‘polar stratospheric clouds’ since they tend to appear over higher-latitude regions of the world, nacreous clouds are like a stratospheric version of the lenticularis species of wave cloud. They form when the atmosphere is so stable that waves produced as air flows over mountains down at ground level are transferred up through the atmosphere, and push moisture into the lower stratosphere. The best time of year to spot them is in winter, when temperatures are lowest.

Sadly, these most mesmerising of clouds are also the most destructive for our environment. Their tiny ice crystals act as catalysts that speed up the destruction of the protective ozone layer by the CFC gases we’ve released into the atmosphere. For clouds to have such otherworldly beauty, there always had to be a catch. 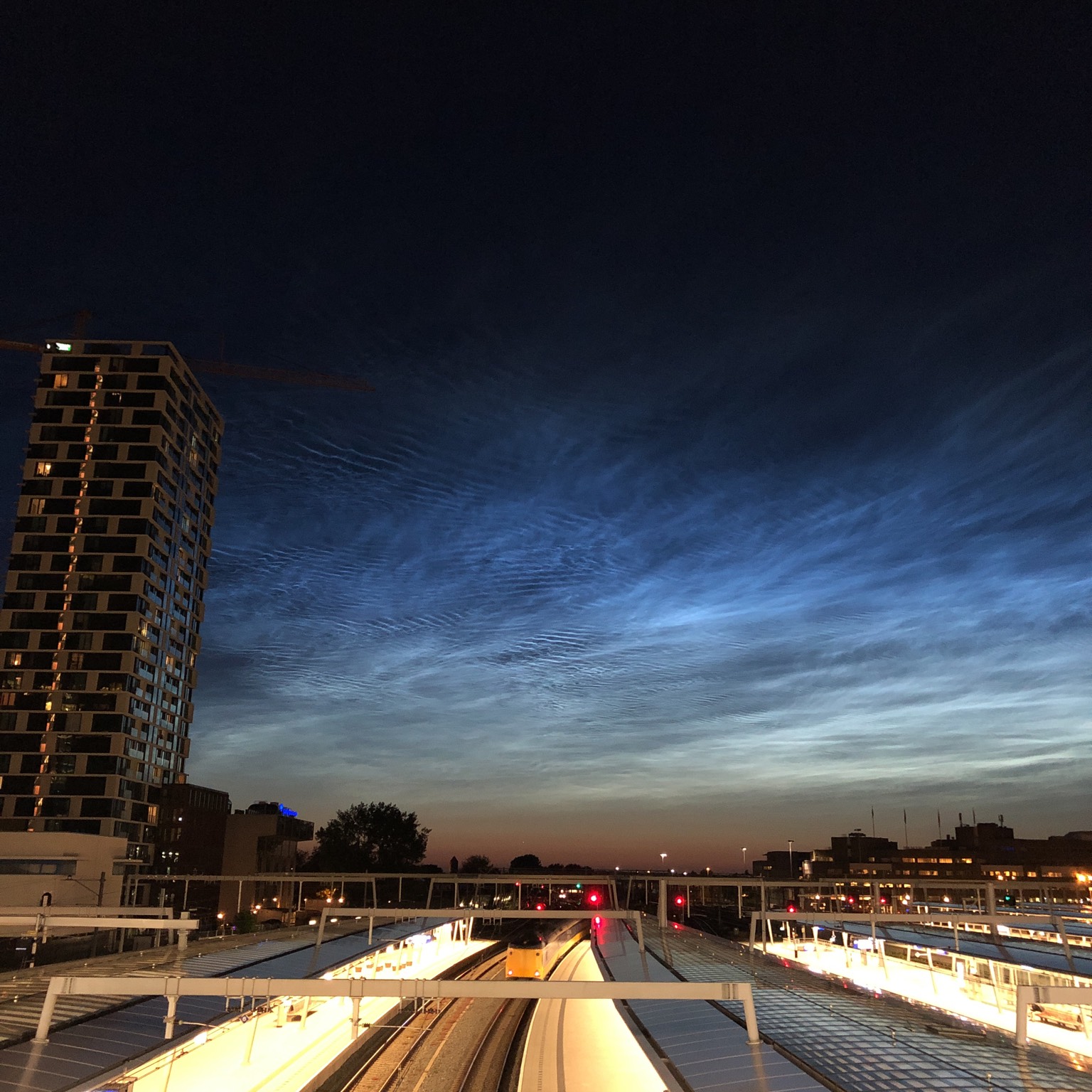 The mysterious noctilucent clouds are higher than any other cloud in the atmosphere. Also known as ‘polar mesospheric clouds’, they have an eerie, bluish-white appearance, often showing delicate ripples or billows.

Noctilucent clouds form in the mesosphere, at altitudes of 30–50 miles (50–80 km) – almost at the limit of the atmosphere. Being so high means that, in the higher latitudes, where they are most frequently seen, noctilucent clouds shine out against the night sky well after the Sun has dropped over the horizon. They still catch the sunlight when the rest of the sky is dark. Their name comes from Latin for ‘night shining’.

Quite how noctilucent clouds form is by no means clear. The mesosphere is a region where air temperatures can be as low as –125˚C (–190˚F) but there is very little moisture at all. No one knows why the ice crystals that make up this cloud arise in such a dry and remote part of the atmosphere.

Historically, noctilucent clouds have tended to be spotted at latitudes higher than 50˚ during the summer months. It now seems that they are appearing over much larger regions of the world and more frequently. Some scientists have speculated that this change might be related to global warming.

The best times for CloudSpotters to try to add noctilucent clouds to their collections is soon after Sunset or before Sunrise from May to August in the Northern Hemisphere, and November to March in the Southern Hemisphere.