Altitude: Can appear when the Sun is < 42° above the horizon 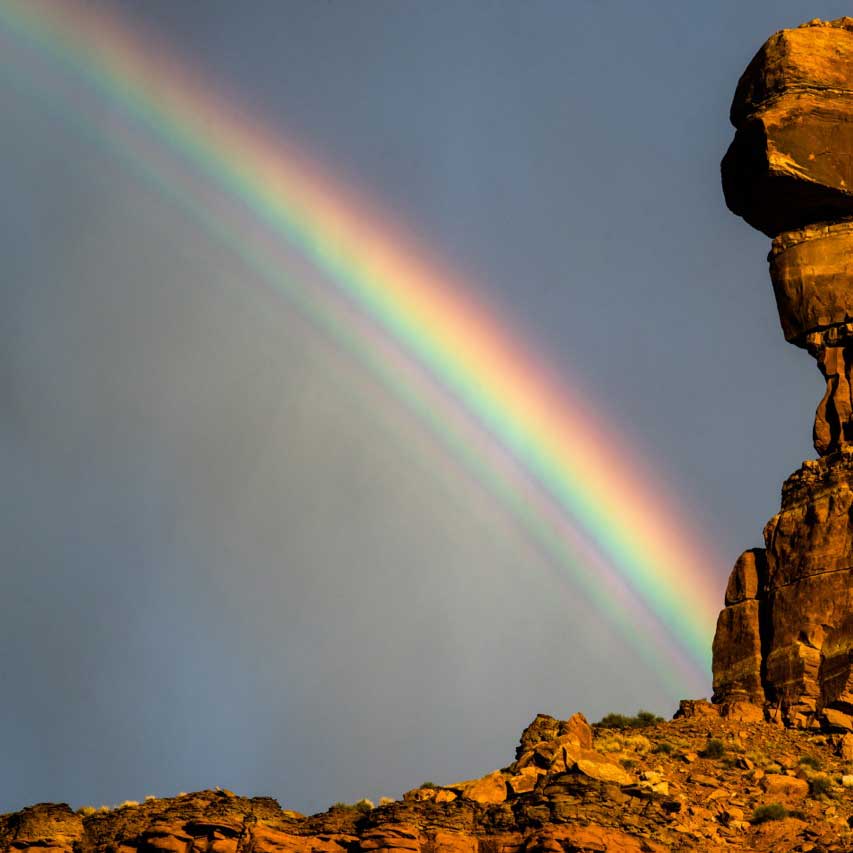 Supernumerary bows are repeating fringes of colours that can sometimes appear along the edge of a rainbow. They form at the inside of the primary rainbow. Where an outer, secondary bow is also present, faint supernumeraries can sometimes be seen along its outer edge. The fringes are caused by the interference of light waves emerging from the raindrops leading to brighter and darker bands. Supernumerary bows only appear bright like this when the raindrops are quite small and of consistent size. They are predominantly coloured purple, pink and green 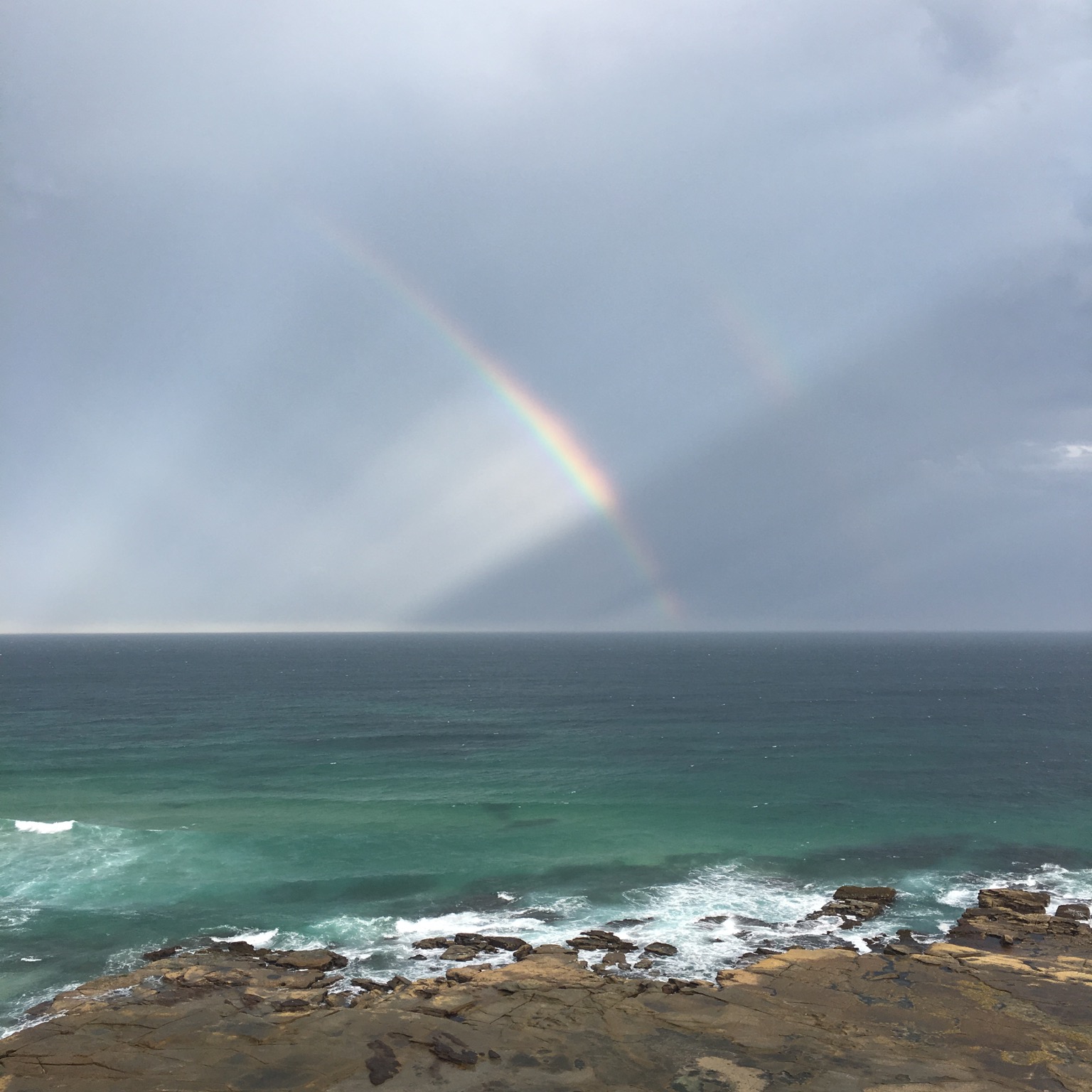 When a rainbow appears as if pierced with rays of light, the effect is called a rainbow wheel. This is because the rays can occasionally appear right around the whole arc of the bow. They are forms of anti-crepuscular rays, shadows cast from tall clouds in front of the Sun, which is shining from behind the viewer.

These rays of light and shadow appear to converge as they recede towards the horizon. This is just perspective – they are in fact parallel to each other – and it means they seem to fan out from the ‘anti-solar point’, which is in the opposite direction from that of the Sun. A rainbow is always centred on the anti-solar point too, and so the rays appear within it like spokes of a bicycle wheel. A very hippy-looking bicycle wheel.