Altitude: Can appear when Sun is < 42° above horizon 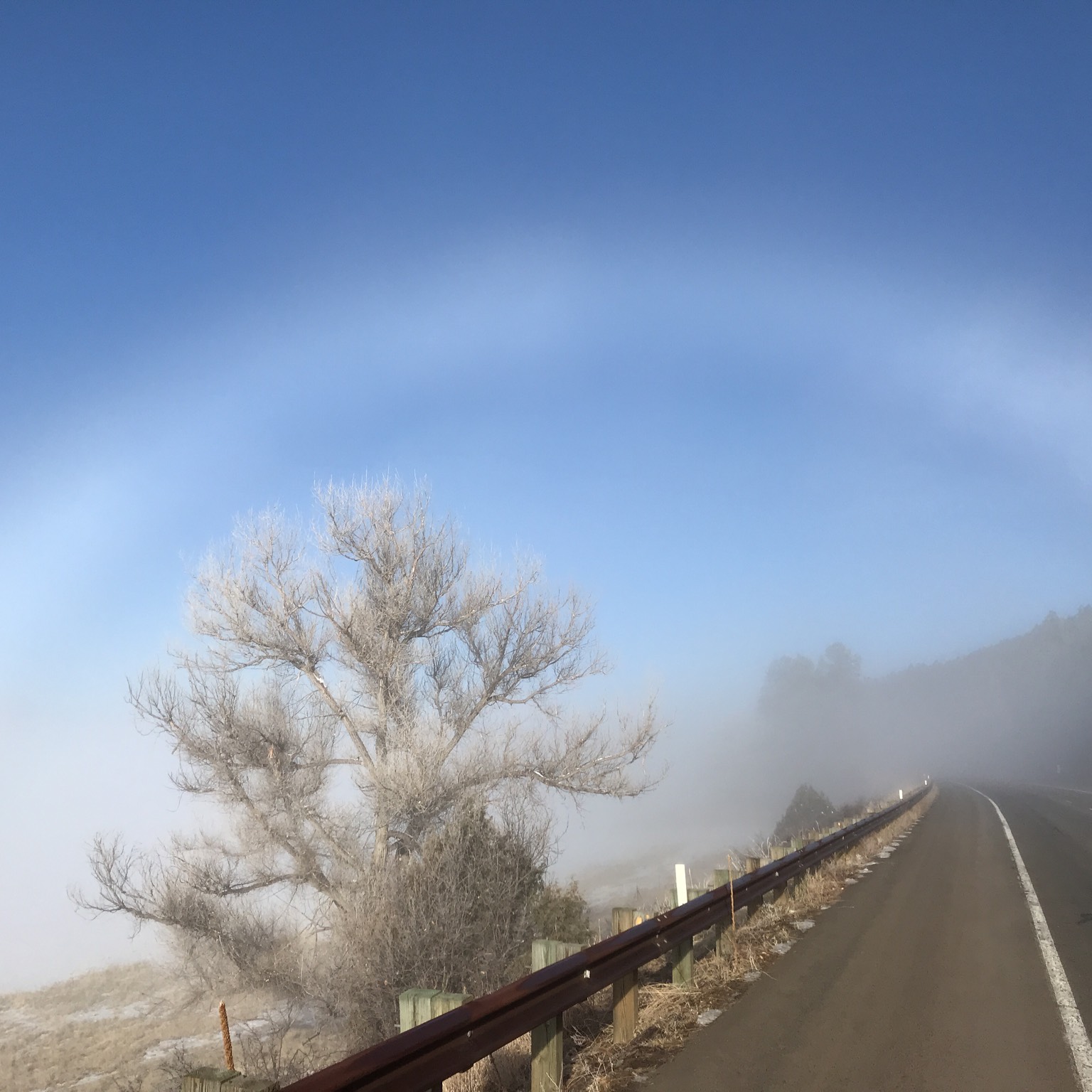 Cloudbows are like rainbows, but with much paler colours. In fact, they often don’t show any discernible colours at all – looking like albino rainbows, or the ghosts of rainbows past. They appear as the sunlight is reflected and refracted by the tiny droplets that make up low and mid-level clouds, rather than the much larger raindrops that produce rainbows.

In order to see a cloudbow, you have to be looking towards cloud droplets on to which the Sun is shining from directly behind your line of vision. Such a viewpoint is possible only from above clouds, which is why cloudbows are usually seen from a plane, or a mountaintop. These are the same conditions in which to see the multicoloured ring around your shadow, called a glory. If you see one, look for the other.

CloudSpotters wanting to add an albino rainbow to their collection, without taking to the air, should seek ‘fogbows’. These are exactly the same, but appear in fog or mist.

Cloud/fogbow colours are pale or absent because, at less than 0.1mm across, cloud droplets diffract sunlight more efficiently than larger raindrops, causing the colours to overlap and blur into each other more than those of a rainbow. 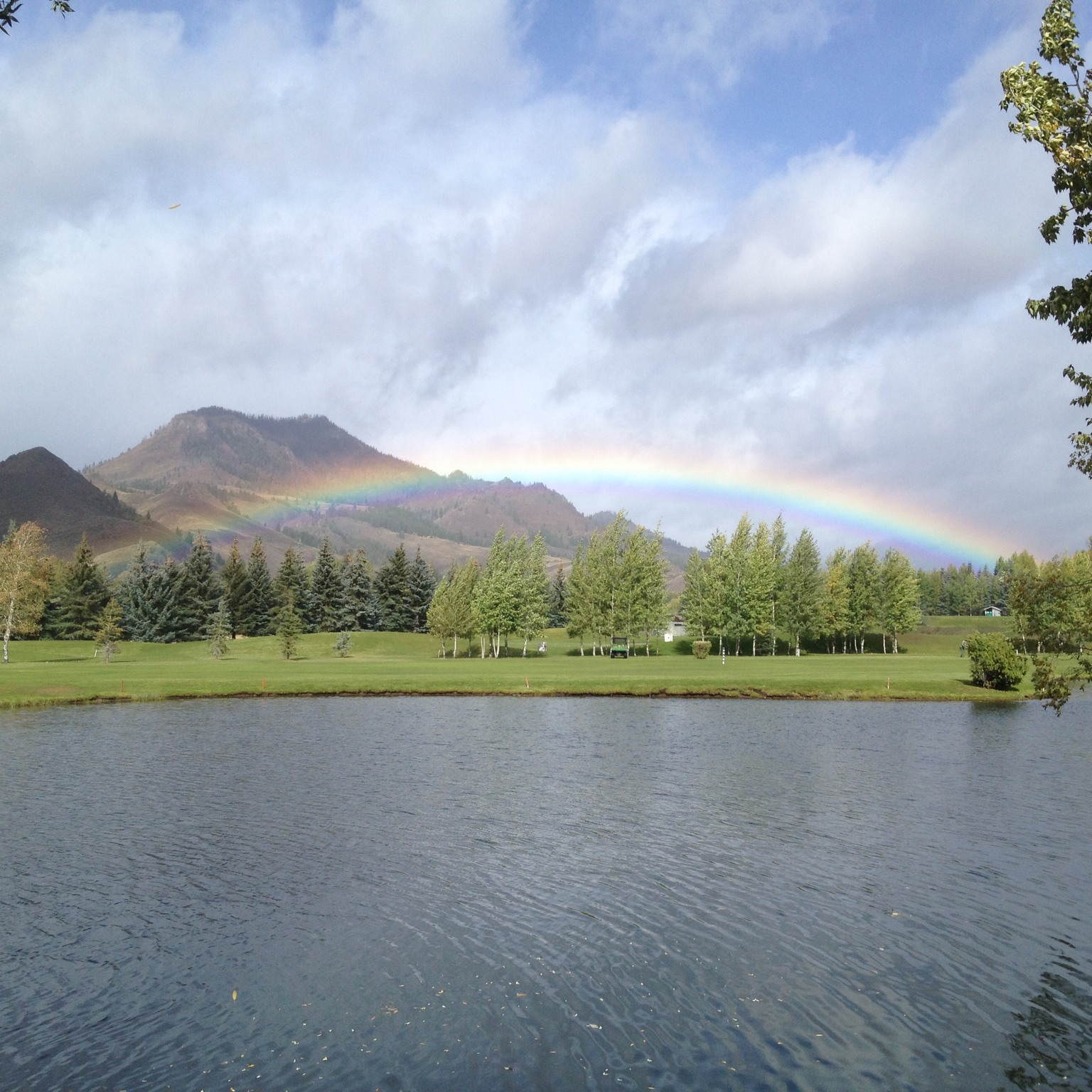 We all love rainbows, but don’t expect to win any awards for spotting one because they’re just too easy to notice. How ironic that rainbows, appearing on average about ten times a year (over Western Europe), are actually less frequent than some halo phenomena (caused by cloud ice crystals, rather than raindrops) that most people never even notice.

To see a rainbow, look towards a rain shower with your back to the sun, which must be no higher than 42˚ above the horizon (unless you are looking down onto rain, say from a mountain or high building). Passing into each raindrop and reflecting off the back inner surface, the sunlight is refracted as it enters and leaves each drop. The paths of its constituent wavelengths are bent by different amounts, separating out the colours. Convection clouds like Cumulus and Cumulonimbus are the best sort for making rainbows, as they’re more likely to produce showers when the sky around is clear, allowing direct sunlight to shine on them.

Besides the primary bow, a larger, fainter secondary bow can appear – the darker sky between the two being known as ‘Alexander’s dark band’. Within the primary bow, there are sometimes faint coloured fringes, called ‘supernumerary bows’.