Altitude: Can appear only when Sun is higher then about 60° from the horizon 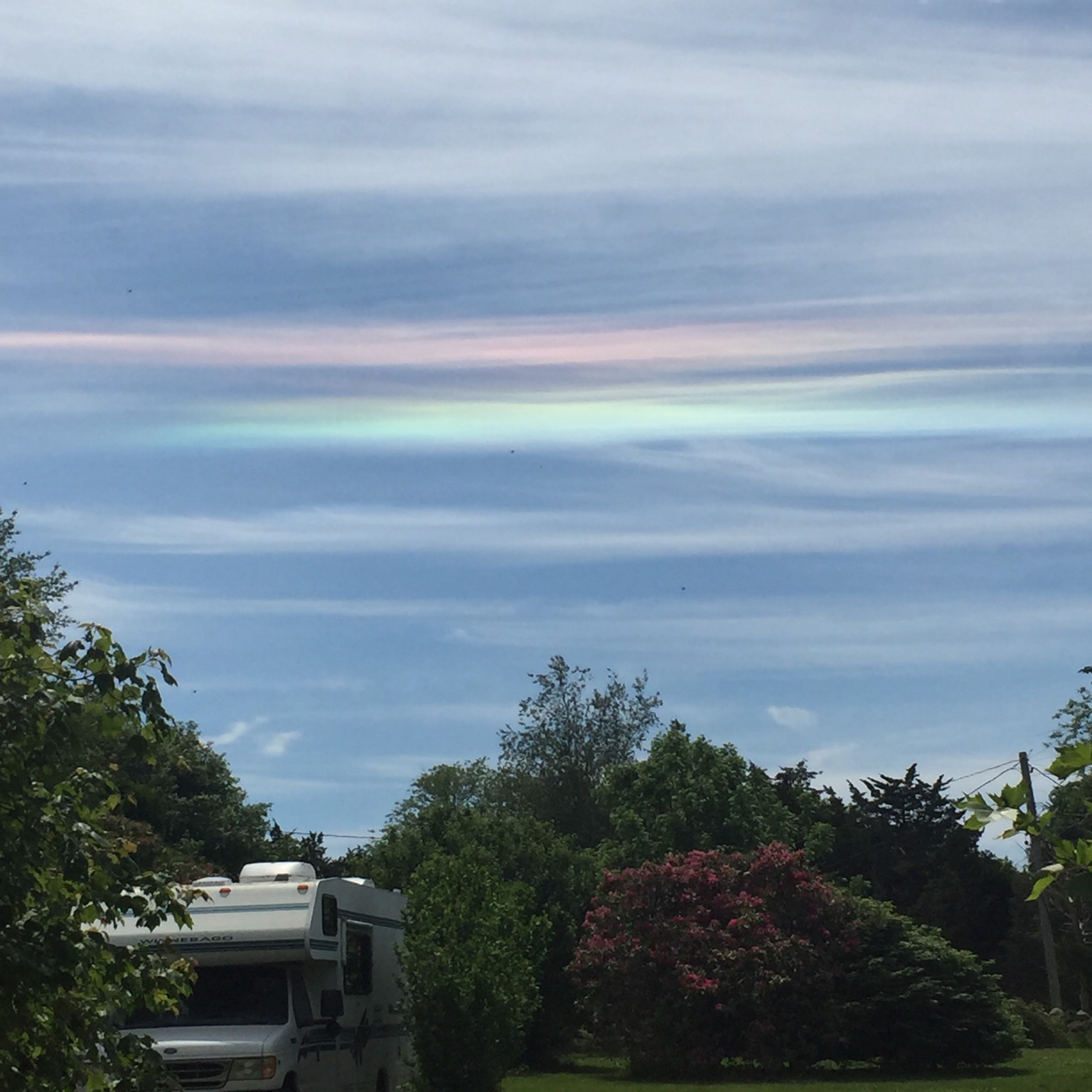 When you see what looks like a rainbow that has been flattened into a horizontal line, you have likely spotted a ‘circumhorizon arc’. The optical effect is caused by ice crystals in the sky acting as tiny prisms that refract and reflect the light, and it appears as a bright, flat band of colours parallel to the horizon. Ranging from red at the top to indigo at the base, it appears well below a Sun that is high in the sky. In fact, a circumhorizon arc can only form when the Sun is very high – at an angle of more than 58 degrees above the horizon. This means that it is a summer optical effect, and one that can only form in some parts of the world. Even in mid-summer, the Sun only rises high enough in the sky for a circumhorizon arc to be visible in latitudes below 55 degrees. As a result, this ‘flat rainbow’ that has nothing to do with rain is common in Nairobi, infrequent in Seattle, and unheard of in Copenhagen.