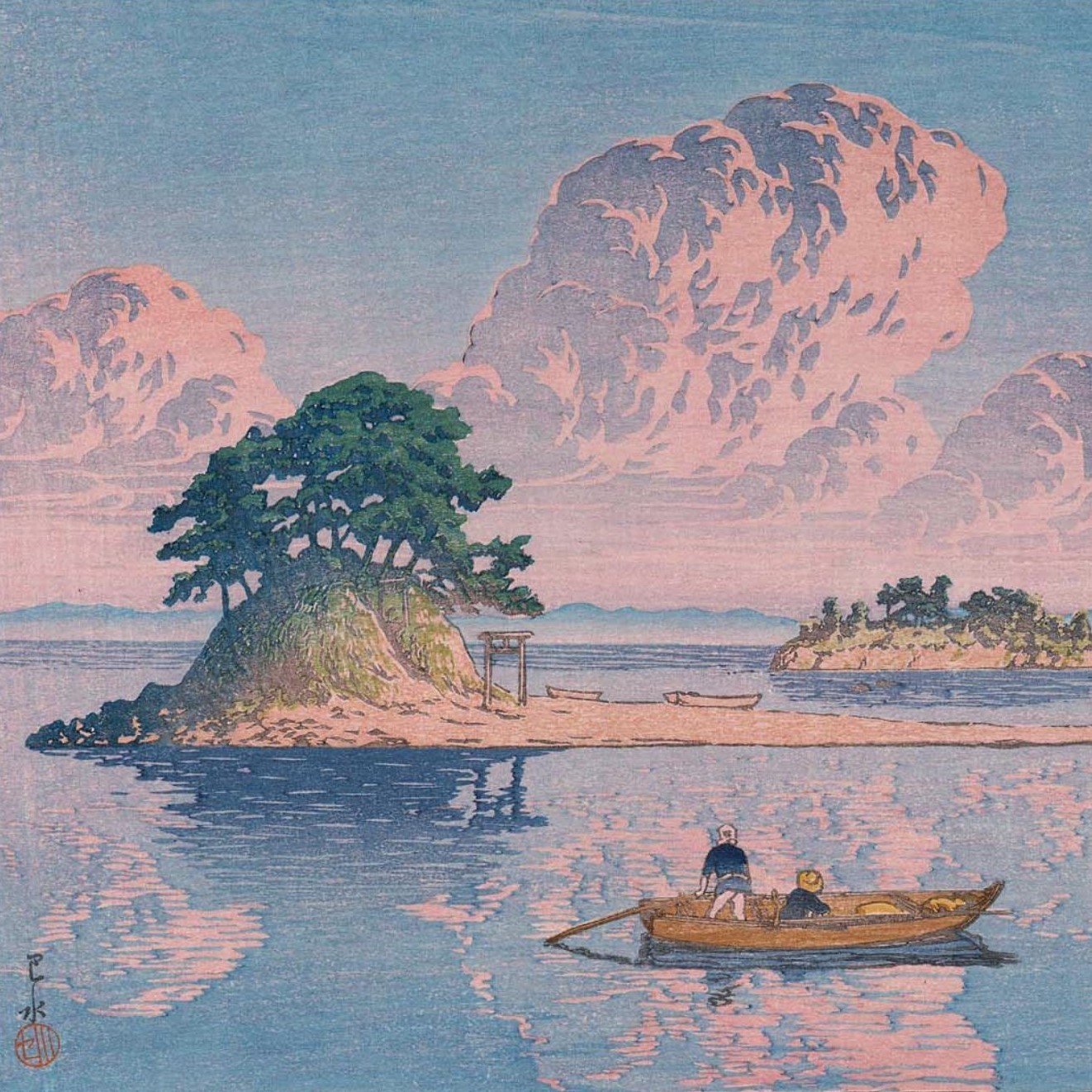 Nihon fūkei senshū (’Selected Views of Japan’) is a series of multicoloured woodblock prints by Japanese artist Hasui Kawase, produced between 1922 and 1926. Hasui took influence from Western art to reimagine traditional Nishiki-e woodblocks for the twentieth century. His shin-hanga (‘new prints’) depicted contemporary scenes and made use of richer and broader palates than traditional woodblock prints. The art of Hasui often displayed naturalistic lighting and included atmospheric effects such as snow, rain, sunshine, and clouds. Tsukumojima, Shimabara depicts a scene on the coast of what is now the Nagasaki Prefecture on the Japanese island of Kyūshū. Distant Cumulonimbus clouds tower above some earthy mounds, while a copse of cedar trees, Japanese symbols of longevity, reach for the sky. Two sailors glide by and eye the distant storm, in whose reflections they cause barely a ripple.

Detail from Tsukumojima, Shimabara (1922) by Hasui Kawase, in the collection of the Museum of Fine Arts, Boston, Massachusetts, US.